Joe Duffy, the last man to beat Conor McGregor, will face Dustin Poirier in the lightweight headline bout at UFC's Fight Night at the 3Arena in Dublin on 24 October.

Duffy defeated the now interim featherweight champion McGregor in the Cage Warriors Fighting Championship back in 2010.

The Donegal man's overall MMA record is 14-1 and he is seeking a third victory from three in the UFC against American Poirier (18-4,, 10-3 UFC), who has moved up to lightweight since losing to McGregor himself last September.

Twenty-seven-year-old Duffy has won his last three fights inside the first round. 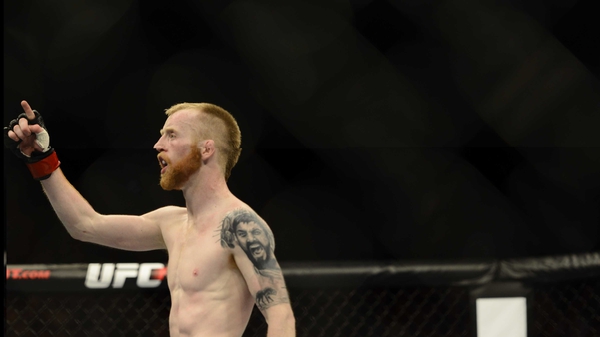