Galway wing-back Sinead Burke has described the response of Ladies Gaelic Football Association president Marie Hickey to the controversy surrounding her county's defeat to Cork on RTÉ's Morning Ireland as "a punch in the guts".

The LGFA has said they felt they were "doing something brilliant" by getting yesterday's All-Ireland semi-final to Croke Park amid stinging criticism over the circumstances of the late venue switch.

Responding to Galway manager Tim Rabbitt's criticism of the rushed nature of their warm-up due to the earlier throw-in, Hickey told Morning Ireland that his team "would have had the opportunity to get out onto the pitch earlier had they not spent so much time in the dressing room".

The LGFA president also confirmed that the organisation did not seek more time for preparation by requesting GAA move throw-in time of the Mayo-Tipperary semi-final.

Cork booked their place in the 2020 decider, where they will now face Dublin, after overcoming the Tribeswomen 2-17 to 0-13 in a fixture that was mired in controversy.

Burke, who featured for Galway in the defeat, told listeners of Today with Claire Byrne: "It is very disappointing and disheartening to hear that.

"I have so much time for the LGFA and have had amazing days with the association, and to hear that being said, it is a punch in the guts."

Burke regarded the failure to request a later throw-in for the men's match particularly galling, adding: "The most disappointing thing is the question was never asked could the men's game be pushed back 30 minutes.

"That's the killer blow. The question wasn't even asked. All we were asking for was 10 minutes to get a sufficient warm-up done to get us to match intensity to be prepared going into that game yesterday and we weren't allowed."

The venue for the fixture was changed on three occasions, before a late call was made on Sunday morning to move the game to Croke Park due to icy conditions at Parnell Park.

The LGFA contacted both teams at 11am and received co-operation from both Galway and Cork upon reassurances that there would be enough time for a full warm-up.

Originally scheduled to throw in at 1.30pm, the start time was brought forward half an hour as Croke Park was hosting the All-Ireland men's semi-final between Tipperary and Mayo later in the afternoon.

The late change meant that TG4 could not show live coverage of the game, while Galway only arrived at Croke Park 30 minutes before throw-in.

Hickey rejected the suggestion that women’s game isn’t being taken seriously as the men's and said the association was simply happy to get the game into Croke Park.

"It was a very difficult situation we found ourselves in yesterday. The bottom line was, do we cancel the game completely, or do we try and re-fix it for another venue?" she said.

"Obviously, the time frame was very short to make that decision. When the two managers were contacted at around 11am in the morning, they were both happy to play in Croke Park."

"They could have been out on the pitch earlier.

"Our priority was player welfare, to get the game played. We actually thought we were doing something brilliant by getting the game into Croke Park." 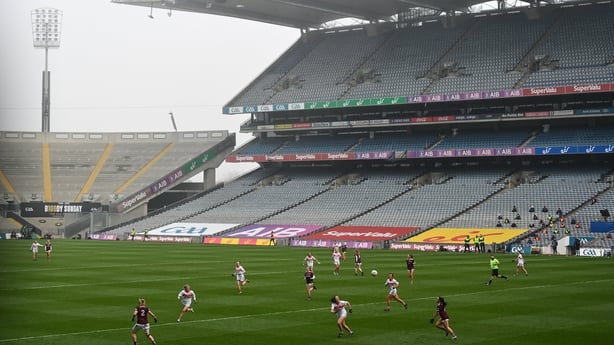 Hickey said the match was moved to an earlier throw-in to avoid a potential clash with the men's semi-final if extra-time or a points shootout was required between Cork and Galway.

Asked whether the LGFA requested a delay to the men’s throw-in time, Hickey said: "No, to be honest we didn’t. We were so delighted to be getting in there in the first place, we just went with it."

Suggestions that poor co-operation between the GAA and LGFA is at the heart of this latest debacle is wide of the mark according to the president.

"I would argue the integration has never been closer than it has been in the last couple of years. We have secured county grounds for all our county games [2020] which wouldn’t have been the case a number of years ago.

"There is a huge amount of cooperation between the two bodies, but it is when a glitch like this happens, people start pointing fingers and you don’t see the full picture that goes on for the rest of the year."

Galway manager Tim Rabbitt said the situation that unfolded was "a joke" and regrets not walking off the pitch with his team in protest.

"But the minute we took the pitch, LGFA officials, referee, straight away in our ear. 'Six minutes, you’ve got six minutes to warm up.’

"I don’t want it to sound like sour grapes but that’s the time we should have taken a stand. We should have just walked off the field. We shouldn’t have continued on until we had a sufficient warm-up in place.

"The disrespect that was shown once we hit Croke Park was completely unacceptable."

Cork made all the running in the opening half and enjoyed a healthy 2-05 to 0-04 lead at the interval, and by the time referee Seamus Mulvihill blew the full-time whistle, the margin between the sides was 10 points.

Rabbitt conceded that Cork were the better team on the day, but has called on the LGFA to ensure there is no repeat of what happened yesterday.

"All I want for them is that they get the same treatment as the guys," he said.

"My argument was and has been from the start, why are we making things difficult for us? We talk about lifting the spirit of a nation. There was nobody that saw that today. I would have just thought that if we could have got a pitch where we could have travelled in the one day, then that would have made it a lot simpler. " 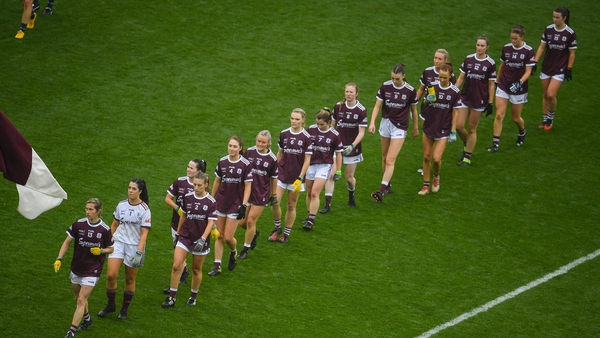