Seamus 'Cheddar' Plunkett has said the commitment required to manage at inter-county level in Gaelic games has gone to "a different level" in the last five years as he reflected on his second stint as Laois senior hurling manager.

Last month Plunkett stepped away from the post after two years in charge. He had returned for a second spell as manager in 2020, having previously led his native county between 2012 and 2016.

It was a tough year for Laois who were relegated to the Joe McDonagh Cup after losing all five fixtures in the Leinster Hurling Championship.

"You make those decisions based on a lot of things really," Plunkett told RTÉ's Saturday Sport, when asked about his call to walk away.

"It was two very, very difficult years from a lot of perspectives.

"Sometimes things just move on as such and the team needs to maybe look at a different journey."

Expanding on the challenges managers face these days, Plunkett added: "It's quite difficult now at inter-county level. The whole management of teams, the detail and the level of expectation, all of those things, have moved on to a real different level the last four or five years.

"The work you have to do is far different now than it was ten years ago.

"I wouldn't say (the commitment) took me by surprise because everybody goes into these jobs with their eyes wide open. There's different levels of this. Clearly some teams have expectations of winning All-Irelands; other teams... (it's about) building on platforms and moving on to the next level.

"First of all you put pressure on yourself. You are very aware you have a big part to play in ensuring all the young men playing on your team get the best out of themselves. You're also aware you're managing your counties' hopes and the hurling people in your county.

"I think the preparation of county teams now has changed to a big level, even in the last five years.

"We're all addicts to the game of hurling. You go back into the long grass so to speak and recharge yourself and you'll turn up somewhere else."

"There's a knock-on effect of that as well because the one thing I would say is different is the outside pressure [compared to] four or five years ago. Particularly if you're playing at the top level and results aren't going your way regardless if there's good reasons for that."

Plunkett didn't rule out a return to the dugout at some stage. One the game's great servants admitted he's too invested in hurling to permanently call it a day, and said he expects to return in some capacity eventually.

"We're all addicts to the game of hurling. You go back into the long grass so to speak and recharge yourself and you'll turn up somewhere else.

"Everybody stays involved in the hurling - we're all addicted to the game. I'll be assuming there'll be a Junior C club somewhere looking for a hurling fruitcake to do a bit of work with them or something like that." 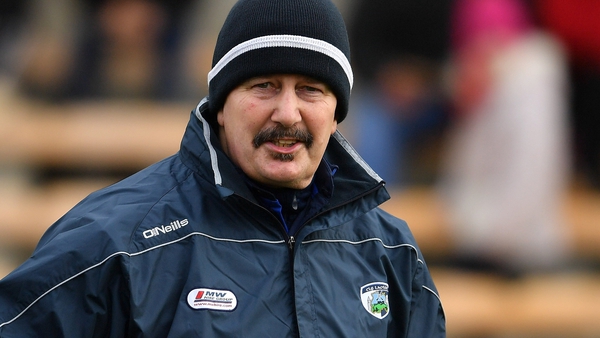