Tipperary finished with a flourish to break Offaly hearts and become All-Ireland MHC champions after recording a one-point victory at Nowlan Park.

For 55 minutes, Tipperary hung in there as they struggled to compete with Offaly in most sectors of the field.

Trailing by six points at that stage, this was a contest that seemed like it was destined to end in a memorable and historic win for the Faithful County, but instead supporters witnessed a remarkable surge from the 14-man Munster champions, one that was concluded by Paddy McCormack's match-winning goal in the fourth minute of stoppage time.

Never mind the Formula One docu-series 'Drive to Survive', this was a case of Survive to Drive, as Offaly were unable to get a shot away with the last play of the game, and so Tipperary join Kilkenny on top of the All-Ireland minor roll of honour with their 21st ever victory.

The atmosphere around Kilkenny was electric all morning as supporters from both counties, though clearly the majority coming from the midlands, spilled into town for the game.

Over 20,000 were in Nowlan Park by throw in, and this unique occasion certainly led to some nerves in the opening stages. Just four of the first 10 points of the contest were struck from play, two from each team, as Offaly enjoyed slightly more possession, but also suffered from a bout of errant shooting as their wide count started to mount.

Gradually the Leinster champions began to get some traction close to goal, where corner forwards Daniel Hand and Adam Screeney picked off superb scores, while Tipperary's strength was in the middle third, with Adam Daly and Ciarán Foley both on the scoresheet from distance as the half progressed.

Forwards’ roles seemed to be as much about tackling and pressurising the opposition as much as it was about raising flags, and when three Tipp forwards combined to force a turnover and allow Daly to whip the ball over, that pushed the men in blue and gold ahead by 0-08 to 0-07.

The next five minutes seemed like it would define the contest. 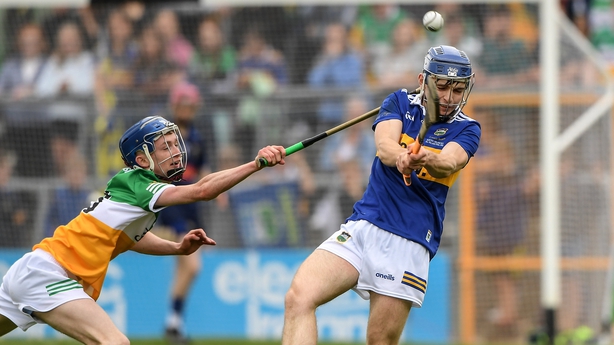 With stoppage time getting under way, a measured diagonal ball from Screeney played in Leigh Kavanagh, and after shaking off a tackle, he drilled a low shot to the bottom of the Tipp net.

Offaly might have added more, but Tadhg Sheehan recovered well to prevent Niall Furlong getting a goal shot away, and Screeney had another effort blocked down, in what later proved to be crucial interventions.

The reset suited the Munster county, who sprung out of the traps after half-time with points from Joe Egan, and Damien Corbett (two), though a close-range free should have reduced the gap to two, and instead Tipp tried to work a goal chance and had their effort repelled.

That reprieve energised Offaly and the next three points went their way, including highlight reel points from Donal Shirley and Shane Rigney, and that looked like it might be enough.

Offaly had a chance to seal the victory in the 53rd minute when substitute Cathal Robinson was put through on goal, but a thrown hurl from Tipperary's Damien Corbett brought the Kinnitty player to ground before he could shoot. A red card was issued to Tipperary’s top scorer, but the goal chance was gone.

Even still, the point to make it 1-15 to 0-12 looked like it would be enough, with just 14 Tipperary players on the field.

Offaly retreated a little deep however, while the Premier men threw caution to the wind.

Wing backs Sam O’Farrell and Jack O’Callaghan struck points to subtly shift momentum back their way, then Paddy McCormack’s catch and score reduced the gap to a goal.

The sides traded frees, Aaron O’Halloran pointed in the second minute of stoppage time, and once Offaly went long with the resultant puckout and turned over the ball, the tension in the ground was palpable.

Not without reason either, as Tipperary worked the ball forward, were awarded a free, and Paddy Phelan duly floated the ball into the square for McCormack to leap with incredible agility and smash it past Liam Hoare. 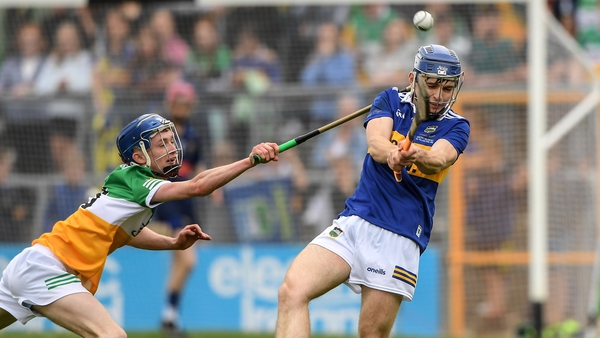