With Ballygunner securing a first ever club All-Ireland, could it be the catalyst to make it a year to remember for Waterford hurling?

As Waterford fans know only too well, you have to go all the way back to 1959 and victory over Kilkenny in a replay, for the last time Liam MacCarthy resided in the Déise.

As things stand, Limerick look a step ahead of the rest as they bid for three-in-a-row in 2022, but the general consensus is that Waterford are the most likely team to lower Treaty colours.

Galway's victory last weekend in the league demonstrated they certainly have the physical prowess to go toe-to-toe with John Kiely’s men, but Waterford too have shown glimpses against their Munster rivals that they have the gameplan to upset the champions.

The 2020 All-Ireland final, plus last year’s semi-final, proved the Déise still have some road to travel, but Dessie Hutchinson, fresh from his virtuoso display in Ballygunner’s dramatic win over Ballyhale in Croke Park for a maiden All-Ireland title, believes it could have a significant knock-on effect. 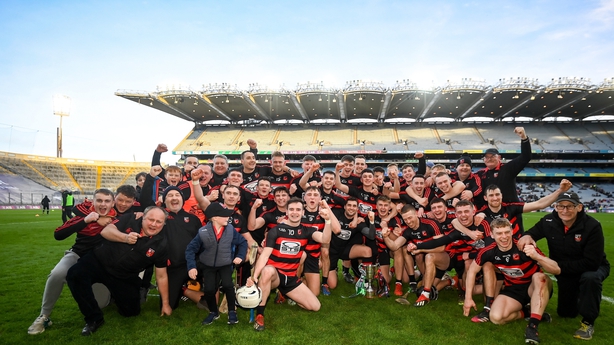 "That’s the hope, that we’d bring back that buzz and belief that we’re good enough to win an inter-county All-Ireland," he told RTÉ2fm’s Game On.

"Hopefully it gives everyone a buzz. For us [the Ballygunner contingent] we have a spring in our step. It’s absolutely brilliant.

We all know Limerick are a great team, but we're hoping to be the ones to catch them

"We’re not that far away. We all know Limerick are a great team, but we’re hoping to be the ones to catch them."