Live coverage of both Round 2 qualifiers on Sky Sports Arena. Viewers outside of Ireland can watch the games on GAAGO. The Sunday Game, RTÉ2 at 9.30pm, will have highlights of all the weekend's action.

Having been initially capped at 500, confirmation emerged late on Thursday afternoon, that 4,400 would be able to attend Waterford-Galway in Semple Stadium, while 3,500 was the crowd allowed for Clare-Cork in the LIT Gaelic Grounds.

Hazy sunny spells for most on Saturday, with the best of the sunshine in the west, it will be little cloudier in eastern coastal counties. Some isolated showers may develop in Connacht and Munster through the evening. Slightly cooler than recent days with highs of 20 to 26 degrees generally. For more, visit met.ie

For Galway supporters, the Leinster semi-final was a disconcerting throwback to the turn of the previous decade when the county were regularly guilty of tossing in bizarre no-shows on the big day - usually in quarter-finals in Semple Stadium against Waterford, as it happens.

Galway were almost universally installed as second favourites for the championship - indeed, some were whispering they could be first favourites - in the wake of the Allianz League. Their forward line, with the triumvirate of Whelan, Mannion and Concannon purring week after week, racked up 4-28 against Waterford and 3-25 away to Cork in the final two rounds of the Division 1A campaign.

To see that forward line follow that league performance by registering 1-14 in the first championship match was a faintly jarring experience, like watching a golfer who's just won the Players Championship arriving at Augusta and shanking their opening drive 50 yards into the crowd.

1-14 is certainly a bewilderingly low scoring haul in the context of modern hurling.

One isn't sure what 1-14 would now be worth in Gaelic football money, for instance, but given the Weimar Republic style score-inflation that's gone on in hurling over the last decade, it can't be worth more than 0-06 or 0-07.

It seems inconceivable that Shane O'Neill's team could mis-fire so badly again. It was suggested afterwards, and even by some at the time, that the decision to go so baldly for goals in the opening quarter may have backfired, both in terms of increasing Galway's jumpiness in front of goal and emboldening (and possibly even enraging) the Dublin defence.

There were other concerns and gripes after Galway's display, specifically the positioning of certain players. Adrian Touhey, corner-back for the 2017 All-Ireland win, was stationed at wing-forward without much joy, Joseph Cooney was deployed at full-forward with less, while Gearóíd McInerney and perennial All-Star Daíthí Burke have traded places in defence. There are further issues around who's on the frees, with Evan Niland, on the evidence of 3 July at least, looking a surer bet than the Joe Canning.

Waterford survive scare but hobbling along

If Galway have problems, then Waterford aren't shy of them either. Waterford's performance against Clare was hardly any better than Galway's against Dublin, albeit it was more explicable. Liam Cahill's side were hit hard by injury that week, with Jamie Barron and Conor Prunty missing out, the team already having been severely weakened in 2021 by the long-term absence of Tadhg de Burca.

As it happened, they were flattered to only lose by four points and had Clare's sloppy shooting to thank for giving them even a sniff of a chance heading down the final stretch.

They didn't exactly banish the demons in a narrow win against a resurgent Laois, three-time All-Star Barron entering the fray in the final 12 minutes when things were looking a bit dicey. Waterford were exceptionally prolific in the wides department in Nowlan Park, hitting 18 in total, including four in a row in the closing stages when Laois were still within a score of the lead. It wasn't until Bennett's goal deep in injury-time that they could rest easy.

In their defence, Laois can be sticky opponents. Clare were written off after only squeezing home by a point against the midlanders last year before proceeding to blow Wexford out of the water the following week.

Waterford have a history of rising up off the floor when lining up against Galway - in 2011, they won a quarter-final by 10 points a couple of weeks after shipping seven goals in the Munster final - although recent meetings have tended to go the way of the westerners.

Clare have their dander up, Cork in a hurry

Clare have had the hard road to Croker foisted upon them but they appear to be relishing it. Brian Lohan yet again won out in his latest grudge match against Davy Fitzgerald and, unlike his vanquished foe, wasn't inclined to spend time re-hashing the dispute afterwards.

With wins over both Waterford and Wexford, there are hints Clare are generating the type of momentum last seen in 2018 or even, whisper it, 2013.

Tony Kelly's scoring tally is usually only a few points off Clare's by the end of most matches but last Saturday, he notched a mere 0-02 from play as the Banner's forward display was more of an ensemble effort, David Reidy, Ryan Taylor and Aidan McCarthy all buzzing around to great effect and bagging three points apiece.

Aron Shanagher, meanwhile, always an imposing target man but guilty of poor shooting against both Waterford and Tipperary, notched 0-02 for himself the last day.

There are still reservations around their half-back line and the jury is still out on John Conlon as a centre-back - imperious against Waterford, at sea for long stretches against Tipperary and Wexford.

Since the 2013 All-Ireland final replay, their record against Cork is pretty wretched, losing five successive championship matches until beating them in the final game of the 2019 Munster round robin in Ennis - a futile effort in so far as staying in the championship was concerned.

Cork have had a considerably less busy championship summer than their opponents' thus far - but then so has everybody.

The Cork supporters indulged in a standard bout of semi-ironic bullishness following good results early in the league though this has since abated and been re-directed towards the underage teams.

Their provincial semi-final effort against Limerick has had a kinder gloss put on it by the second half of last weekend's Munster final. Although, it's a reflection of their standing in the pecking order that an eight-point loss could be accepted with such equanimity.

On the plus side, their defence coped well with Limerick's venomous attack, in particular Tim O'Mahony and Sean O'Donoghue.

On the minus side, Pat Horgan's meagre contribution from play wasn't balanced out on this occasion by his excellence from placed balls.

As we've seen, Cork have a wave of underage talent waiting to burst through in the next few years but for the Horgan/Harnedy generation, time is running out fast. 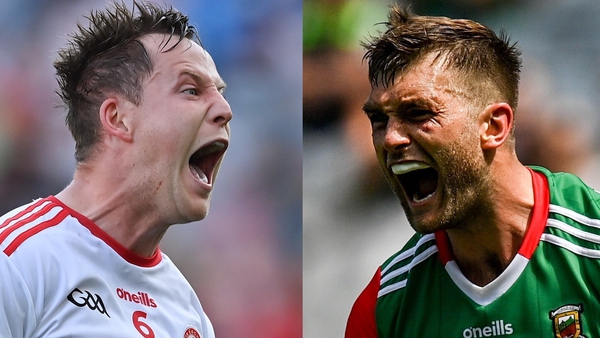