Victorious Clare manager Brian Lohan hailed his side's application as they overcame Wexford by 2-25 to 2-22 in their All-Ireland SHC qualifier.

The Banner burst out of the blocks in Thurles and established a 1-12 to 0-04 lead after just 21 minutes and despite an improved second-half showing by Davy Fitzgerald’s side, it was Clare who progressed.

"There was great desire and application shown by our lads in tough conditions down here," Lohan told RTÉ’s Saturday Sport.

"Nobody really wants to be in a first-round qualifier in Thurles on Munster final weekend but that’s what it was and we’re happy to win the game.

"The quality on both sides is really good and in this competition in general.

"I know Limerick are a bit ahead of everyone else but there’s so much quality and the standard is so high, the professionalism of all the teams is so good so you are never going to dominate a game. We were delighted with the start and knew that wasn’t [game over]." 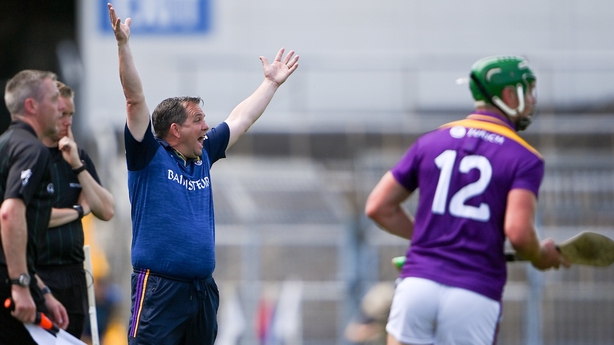 Wexford counterpart Fitzgerald was left to rue that slow start but felt his side did all that was asked.

"It was a big lead we gave away but we clawed it back. We probably gave away a soft goal at the end too.

"We were sitting off our men too much, we were waiting on things to happen and it wasn’t happening.

"I don’t know if they won the game but they are big decisions.

"I’ve seen frees and stuff given for less but in fairness I thought the referee had a decent game, probably bar that one [penalty shout]. I felt he might have got that wrong but that’s just my opinion.

"We wish Clare all the best from here on in. That’s who we’ll be supporting anyway.

"I always felt we were going to get a goal at the end and we did but I can’t ask any more once they give 110%."