The time for codding is over. This is it, there is no turning back now.

There are no excuses.

Last year for any teams that didn't do so well, they had a Mulligan, they had a free pass.

And while this year has been far from straightforward, no counties or supporters will take any excuses this time around.

Some managers are under pressure, while others have enough done to get them by, be it through decent league campaigns or thanks to years in the past.

There was a time a number of months ago where we were all wondering what was going to happen, well, just like that, championship fever has started.

There are two absolutely massive hurling games this weekend. The majority of the focus will most certainly be on Clare v Waterford in Thurles, but for me the biggest game of the weekend comes in Leinster, where Dublin face Antrim in Navan of all places.

It will be fascinating to see if Antrim can carry their league form into the championship, and if they do, can they beat the Dubs? 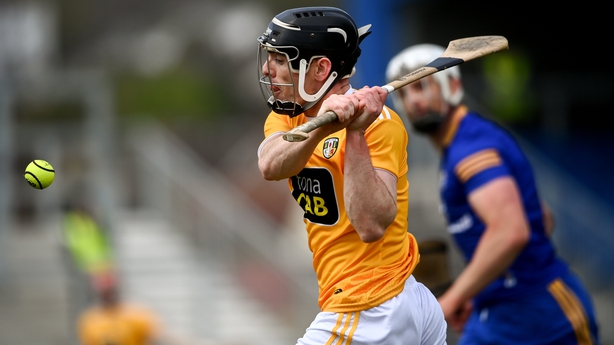 There was no luck involved in any of their results throughout the league. They showed quality, they showed composure, they showed skill, and they showed character, and if you have all those attributes, you're a long way there.

I'm not saying the Dubs haven’t shown any of the above, not least in their eight-point win over the Saffrons in May, but Antrim have been better than Dublin over the course of the league.

And I don’t need to go explaining why, I think it was clear for everybody to see. Why can Antrim beat Dublin on Saturday? I am asking myself that question and I can't find any reason why they shouldn’t.

Of course we all love an underdog to win don’t we?

Darren Gleeson has done an incredible job with them. Anyone that has been lucky enough to come across the people of Antrim in a hurling capacity will know only too well how passionate they are, and you can be damn sure they would be traveling in their droves to support their team if they were allowed.

Raw passion, mixed with skill and desire, gets you a long way. Gleeson will have these boys piped up to the max on Saturday, and in their mind, they are going to Navan with one agenda, and one agenda only!

Dublin, on the other hand, well, the last thing they needed was Eamonn Dillon to be ruled out for the year. His directness and speed close to goal is a huge asset for them, and he will be missed big time.

This is a big game for Mattie Kenny and his management team with it being his third year in charge.

Mattie is a top class manager and showcased what he has to offer after guiding Cuala to All-Ireland club glory, and he has been around Dublin hurling for nearly six years now, and knows what it's all about.

Talking about Mulligans earlier, Mattie would have got that last year, but the Dubs really need to stand up now and show what they have.

On paper, they really have a top-class side, but I worry that they have not hit top form this year, and I wonder will they be able to switch it on for this weekend.

If they play to their potential you would think they may have enough, but if they are anything short of 100%, they will know all about it!

The big game in Munster this weekend sees Waterford take on Clare. If you were to call this fixture three months ago you would have said Waterford were hot favourites, and while they still will be favourites, it won't be as clear cut as it may have seemed.

After Clare's opening round loss to Antrim, many questions were being asked.

To be fair to Clare they regrouped and have done really well since. They will be coming in on a high after beating Kilkenny, while the same can be said about Waterford after their win against Tipperary. 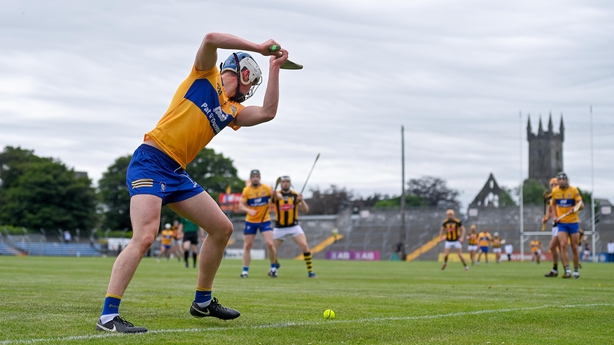 I was at last year's All-Ireland quarter-final between these two, and Waterford were miles ahead, winning by nine points.

So, there are two points I would like to make.

Firstly, Callum Lyons has been outstanding this year. He was outstanding last year also, and has announced himself as one of the top wing-backs in the country.

In the game last year, he did a man-marking job on Tony Kelly, and came out on top of that battle.

So, does Liam Cahill allow him play his own game considering how well he is playing, or does he man mark Tony Kelly again?

Secondly, Clare scored three goals last year, and could have got a few more, and remember, Tadhg de Burca was playing that day.

He won't be there on Sunday, and Waterford are definitely not as comfortable without him at 6.

So looking at that, Brian Lohan's men will be no doubt looking for the green flag as often as possible, knowing that many chances may arise. It's disappointing to see Shane O'Donnell missing, and they also sweat on David McInerney.

Waterford are in the same boat, as they also sweat on a number of players, most notably Austin Gleeson and Conor Prunty.

Either way, it has the making of a cracker with both teams coming into the game in top form, but knowing that defeat will have them on the back foot very, very early.

Kilkenny & Limerick to triumph, but all eyes on Thurles

Hurling has changed for better, except for full-backs

TJ the poster boy for endangered 30-something hurlers