ONLINE
Live blog and live scores on RTÉ.ie and the RTÉ News app

TV
Live on RTÉ One from 3pm
Highlights on The Sunday Game, 9.30pm, RTÉ One

WEATHER
Largely dry with cloud building during the morning mixed with some sunshine. A few well scattered showers will likely develop. Highest temperatures 16 to 20 or 21 degrees with light to moderate northerly breezes.

Long days, ice-creams melting in warm rain and Munster hurling. This is what we expect of the Irish summer.

The benefit of the extended delay in inter-county championship action in 2020 has been only waiting seven months for it to return, and Clare and Waterford get the ball rolling tomorrow in the old-style knockout-qualifier format.

Waterford have been waiting 11 years for a Munster crown and Clare 23 so there will be no thoughts yet of peaking in August.

If you had been calling this game a month ago, you would have expected Waterford to walk it. Liam Cahill's first campaign in charge last year exceeded all expectations as they pushed Limerick close in Munster, if not the All-Ireland final, and had nine points to spare over the Banner in the quarters.

Clare had barely scraped past Laois before that and seemed to confirm their downward trajectory with morale-sapping defeats to Antrim and Wexford in the opening rounds of the league.

They recovered to beat Laois, Dublin and Kilkenny after that, though, and could justifiably point to sniper supreme Tony Kelly (0-20 against the Dubs recently) having played the entire quarter-final loss to the Déise with a badly-injured ankle.

Veterans of 2013 Shane O’Donnell (concussion) and Patrick O’Connor (cruciate) are significant losses and Peter Duggan is still in Australia. John Conlon is back but if he lines out at centre-back, as he did during the league, Aron Shanagher will be carrying a lot on his shoulders in attack.

Waterford lost to Cork and Galway but beat Westmeath, Tipperary and, significantly Limerick, in a league showing that was notable for the return of Shane Bennett and worrying late injuries to Austin Gleeson, captain Conor Prunty, and Shane Fives.

With Darragh Fives, defensive dynamo Tadhg de Búrca and Pauric Mahony all longer-term absentees, they will be desperately hoping the former trio make it, though the suspicion remains that wearing the No 6 jersey suppresses Gleeson’s attacking talents.

Even if they don’t, given Stephen Bennett and Dessie Hutchinson are looking as sharp up front as last year, and the gut-bursting work ethic remains, Waterford are justifiable slight favourites. 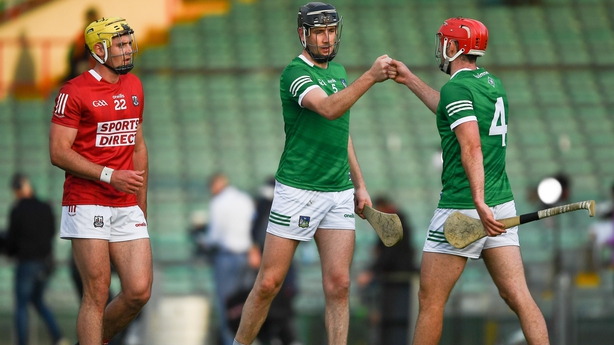 TWO GAMES FOR A TREATY THREE-TIMER

Next weekend, Limerick begin their quest for what would be the first Munster three-in-a-row in 22 years (Tipperary 1987-89) with a semi-final against Cork in front of 2,400 fans at Semple Stadium.

John Kiely’s men were a perfect 10 from 10 in league and championship last year and are deserving favourites to retain their Munster and All-Ireland titles.

Though they drew with Tipp and lost to Waterford and Galway last month, the Treaty subsequently hit their stride with big wins against Cork and Westmeath.

Of course, the Rebels starting XV that day looked somewhat of a bluff (only Damien Cahalane older than 24) and they edged the second half with star man Patrick Horgan on the field.

Kieran Kingston has no doubt been cooking up a plan for a repeat of 2019’s surprise win over the defending champs but Cork’s problem is Limerick have stars in every line and a very strong bench to boot.

Tipperary are a bit of an enigma. Their main men are still the ones that have been there for over a decade: Paudie Maher, Brendan Maher, Noel McGrath, Seamus Callanan.

Though Jake Morris, Paddy Cadell and Brian McGrath could all start against Clare or Waterford on 4 July, players have been slow to break through from the back-to-back U20-winning teams.

The suspicion remains though that harder ground and the dryer ball will suit a team built to get goals much better than last winter did.

The old guard should also be well rested after a year of very little action and even without Bonner Maher they will be as confident as a team that won the All-Ireland only two years ago should.