Christy Ring Cup round 2A
Down v Derry, Ballycran, 1.30pm

Wet and very windy on Saturday morning with spells of rain. Severe and potentially damaging gusts for a time with weather warnings in operation. It will continue windy during the afternoon with a mix of dry periods and squally showers. Rain will clear north-eastwards on Sunday morning to leave it predominantly dry for a time with bright spells and just the isolated shower. However, another pulse of heavy rain will extend across the country during the afternoon and evening. Maximum temperatures 10 to 15c in fresh to strong southwest winds, potentially increasing to gale force. More on met.ie

#RTEGAA Podcast: Derek McGrath discusses the flak that Cork and Waterford have faced and why he feels that criticism is wide of the mark

A bonanza of hurling awaits, with all four provincial SHC semi-finals over two days.

The floodlights will be on everywhere since the clocks went back, adding to the empty stands to provide a unique/eerie championship experience.

Six of the eight teams are making their first competitive appearances since March so you may be as well reading tea leaves as league form when it comes to predicting the victors.

Nonetheless, recent history and team news can give us some sense of what to expect, with a few scares surely in store for the favourites on Halloween weekend.

Remember, all games must be decided on the day so we could have extra-time or even the first hurling championship penalty shootout. 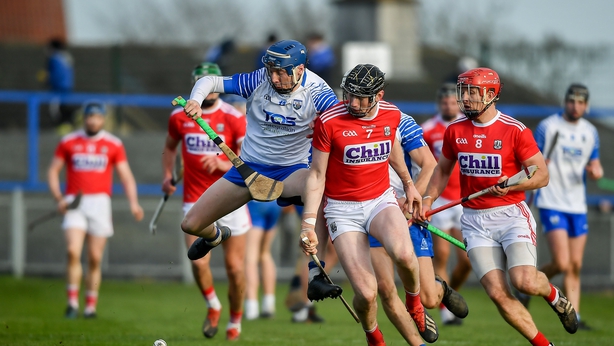 On Saturday, Cork and Waterford renew their keen rivalry, last seen when the Déise were one-point winners in the first round of the league (1-24 to 3-17).

Both sides have new managers, though in Kieran Kingston's case he is resuming the job he last did in 2017 - Cork fans won't need reminding that the surprise All-Ireland semi-final defeat to Waterford was the last act of his first reign.

Eoin Cadogan (back) and Darragh Fitzgibbon (hamstring) will both miss out through injury. Veteran defender Cadogan (34) started at full-back in the Rebels' quarter-final defeat to Kilkenny last year, while 23-year-old Fitzgibbon was an All-Star midfielder in 2018.

Forward Robbie O'Flynn will also sits this one out as he serves a suspension for a straight red card picked up in their last game - an Allianz Hurling League defeat to Galway on 1 March.

Opposing manager Liam Cahill, who led his native Tipperary to the U20 crown last year, has his own share of absentees.

Waterford suffered a hammer blow with last week's news that their captain and free-taker Pauric Mahony will miss the entire championship campaign with a knee injury sustained in a challenge game against Wexford. Conor Gleeson has a hamstring injury while Shane Bennett stepped away for 2020.

Cahill's decision to omit stalwarts Noel Connors and Maurice Shanahan from the panel will likely be highlighted if they are beaten but in many ways Waterford have a free shot as expectations aren't particularly high.

They still have an experienced core that started the 2017 All-Ireland final, including the mercurial Aussie Gleeson, and will be exciting to see if former professional footballer Dessie Hutchinson can replicate his form for Ballygunner on a bigger stage. Meath native Jack Fagan (pictured above) also makes his championship debut up front.

Former Offaly star Brian Carroll's verdict: "Pauric Mahony getting injured is a big blow. With a couple of players that have left the panel and the couple that have been forced out, Waterford have had huge changes since 2017. But Liam Cahill and Mikey Beavins are adding a steeliness and making them more orthodox. There is potential there for Cork and they should win but Waterford have a chance." 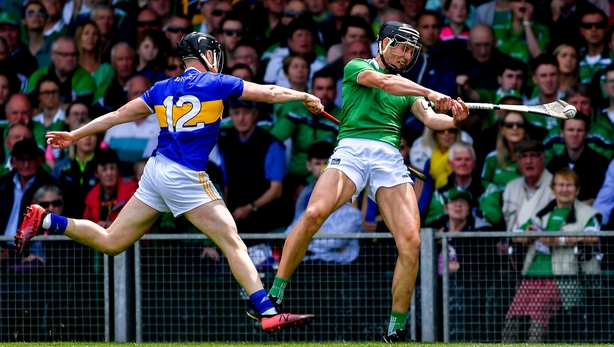 Tipperary might be feeling slightly aggrieved this week. They have the unusual distinction of being dubbed underdogs in their first championship outing since winning the All-Ireland final.

Considering the manner in which Limerick put Clare to the sword in the second half last Sunday - they scored 0-21 after the break - and the Treaty's comprehensive win in the 2019 Munster final, that is not an unreasonable view.

Indeed, the suspicion remains that had Limerick been awarded that late 65 against Kilkenny then they might be going for three in a row this year.

However, Tipp did beat Limerick in the round-robin stage last year and with the likes of Hurler of the Year Seamus Callanan, John McGrath and John 'Bubbles' O'Dwyer inside, they have a goal threat superior to any other team.

The question tomorrow will be whether the men further out the field get enough possession to supply them while holding off a marauding Limerick team that had 11 scorers from play last week. Tigerish half-back Seamus Kennedy (knee) will be a loss in that respect.

Limerick appeared to come through last weekend unscathed and despite manager John Kiely's concern about the quick turnaround, teams who play back to back have done better than those coming in cold in recent seasons.

Brian Carroll's verdict: "Limerick just about have the edge. I know Tipperary are All-Ireland champions but they have played a game already and seem to have Tipperary's number. But Tipperary do have the strength to exploit the changes in the Limerick full-back line."

Dublin were impressive in their avenging of  last year's shock loss to Laois, and showed a more physical edge that they will surely need to upset Kilkenny at HQ on Saturday.

Former captain Liam Rushe only played the last 15 minutes last week while veteran Conal Keaney didn't see action at all but their physical power could be called on this time.

They have only beaten the Cats in championship once in 78 years, in the 2013 Leinster semi-final that set them for a memorable provincial title triumph.

Last year, the Dubs led for long periods in what was Mattie Kenny's first championship match in charge, but two goals from TJ Reid inspired a Kilkenny comeback.

Donal Burke was a sensation last week, scoring 1-16, and can except some closer attention. Eamon Dillon is pushing for a starting place having scored 1-01 off the bench.

Kilkenny could be without midfielder Cillian Buckley (broken thumb) and 2019 Young Hurler of the Year Adrian Mullen, who is back in training after suffering a cruciate ligament injury in February.

Given they reached the All-Ireland final last year, there has been surprisingly little hype around the Cats. That might suit Brian Cody just fine as he begins his 22nd consecutive championship campaign in the hot seat.

Brian Carroll's verdict: "Dublin have unearthed a couple of players but they didn't create a huge amount of goal-scoring opportunities. If they're going to beat Kilkenny that's something they have to do. I would still definitely have Kilkenny favourites." 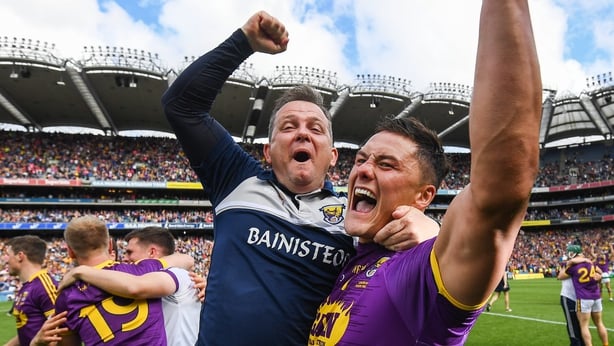 Wexford begin their defence of the Leinster title by seeking a first championship win over Galway since they were dancing at the crossroads in 1996.

Only two goals have been scored in their last three meetings so this could be another tight affair.

The Model men are favoured to go far in Davy Fitzgerald's fourth season in charge, having fallen at the semi-final stage against 14-man Tipperary.

Full-back Liam Ryan should be ready, having suffered a fractured foot over the summer, but two positive Covid-19 tests earlier this month could have affected preparations.

Galway are arguably the biggest conundrum of the genuine contenders for Liam MacCarthy.

Last year, with Joe Canning absent for almost all of the group stages, they failed to get out of Leinster and All-Ireland winning manager Micheál Donoghue subsequently stepped down.

Shane O'Neill, who led Limerick side Na Piarsaigh to glory on St Patrick's Day, is now in charge and he said this week that Canning (32) was raring to go.

Daithí Burke, David Burke and Adrian Tuohey, three starters from the 2017 final team, are all injury concerns however.

Brian Carroll's verdict: "Wexford have a little bit more of a settled team at the moment, Galway are a bit more of an unknown quantity under Shane O'Neill."

The Joe McDonagh Cup got off to a flying start last weekend with Ciarán Clarke's 2-8 helping Antrim to a hugely impressive 4-25 to 1-15 win over Westmeath at Corrigan Park in Belfast and keeping the new league champions on a high.

Kerry shrugged off the disappointment of the league defeat by dominating Meath by 1-20 to 0-13, with Shane Conway scoring nine frees and Shane Nolan grabbing 1-2 and Mikey Boyle 0-4. Westmeath must regroup for the visit of Kerry on Saturday, while Carlow are at home to in-form Antrim.

On the weekend that marks the centenary of the Cork legend's birth, the Christy Ring Cup advances after the drama of last week when Wicklow, at one stage 15 points clear, survived a major Roscommon comeback to hold out for a 2-19 to 3-14 victory in Dr Hyde Park.

Christy Moorehouse scored 2-09 for Wicklow, with Cathal Dolan grabbing 2-06 for the Rossies. Down and Derry meet for the second time in three weeks and with Derry looking to avenge their defeat to Down in the Allianz Division 2B final earlier this month. Down were last year’s finalists, losing to Meath.

Kildare and Wicklow meet on Sunday with Kildare eager to make up for the disappointment on just missing out on promotion to Division 1B and eager for action having had a walk over off Offaly last weekend.

In the Nickey Rackard Cup, Donegal meet Armagh in a repeat of the Division 3A league final won by the Tir Chonail men. Armagh have lost four finals in the last five years and this will be a close fought affair.

Tyrone had a bye last week and need to hit the ground running against a free-scoring Mayo with the Red Hand reliant on their marksman Damian Casey.

Injury-time goals from John Duffy and Sean Corrigan helped Fermanagh stun Louth 3-10 to 1-15 in the Lory Meagher Cup last weekend and stop a losing streak for the Erne men. They now meet a Cavan team who defeated Fermanagh when they met in the 2020 Allianz League 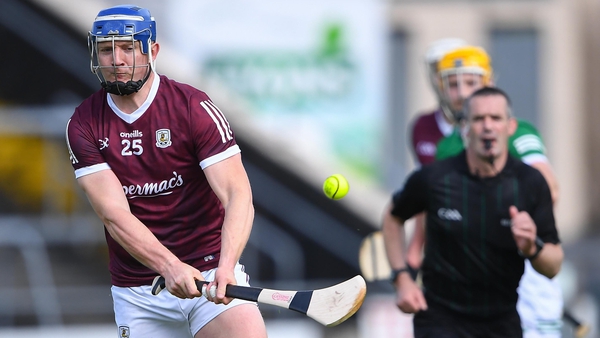