Offaly overcame the late withdrawal of three senior panelists and the concession of two first half goals en route to an impressive and comfortable ten-point win over Westmeath in the Leinster Under-20 Hurling Championship.

Brian Duignan, Killian Sampson and Ross Ravenhill were all withdrawn from the starting team at short notice but Offaly still had the services of free-taker and puc fada specialist Cathal Kiely, who led the way with seven first half points, including some spectacular efforts with the aid of the breeze.

However while the Faithful men were very much on top in that opening 30 minutes, inaccuracy plagued their efforts, with eight first half wides in total. This was a sharp contrast to Westmeath's zero.

After moving six points clear early on, goals from Danny McGrath and Rory Keyes, either side of an Offaly green flag from Luke O’Connor, cut the gap back to a single point and it was only a couple of typically magnificent points from Kiely that Offaly went three in front at the break, the least they would have felt they needed and deserved.

As it turned out, Westmeath suffered from the same scoring yips shooting into the road end goal and a couple of dead ball misses from Rory Keyes proved particularly costly, while the Offaly defence thrived from playing a little deeper and crowding out the type of space that Danny McGrath and Owen McCabe exploited in the first half.

County senior football panelist Cathal Donoghue came into his own with a series of excellent points from play before Cathal O’Meara’s last act of the game before being withdrawn involved sidestepping the keeper and slotting a low shot into the Westmeath net to confirm the victory.

Substitute Matthew Cunningham slammed in a late goal when the ball broke his way in a goalmouth scramble but by then Westmeath’s exit was guaranteed.

Now Offaly manager Gary Cahill can start to think about the next six weeks, and how to keep preparations alive for a Leinster championship quarter-final clash with Dublin that could happen at any point in the future, or maybe even none at all. 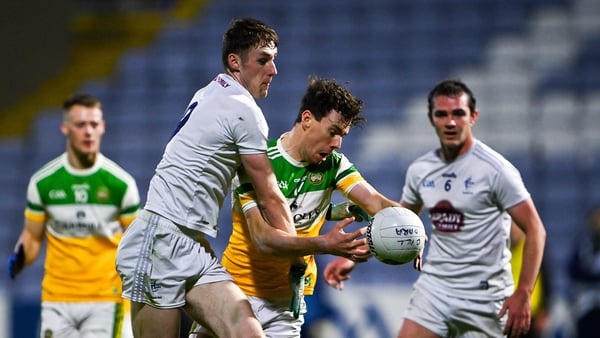 Flynn the hero as Lilywhites see off the Faithful