By Declan Rooney at Gaelic Grounds

Limerick remain unbeaten in the Munster SHC as goals from Gearoid Hegarty and Graeme Mulcahy in the first half helped them to a first championship win over Waterford since 2007.

Waterford were second best by a long distance and only scored two point from play in the second half, although sub Tommy Ryan also hit the net for the Deise men in the second period.

But with Shane Dowling inspirational from placed balls – he hit 15 points – Limerick eased to the win and look set for a spot in the Munster final in three weeks’ time. 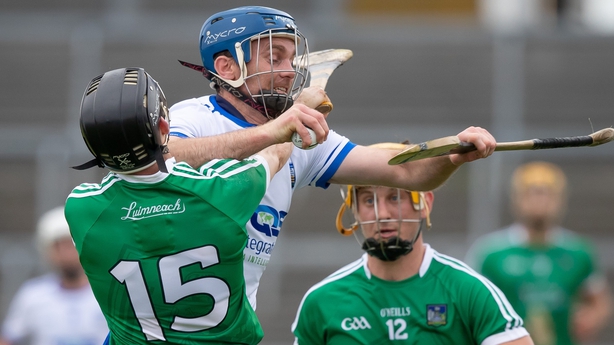 Pauric Mahony top scored for Waterford with ten points, while a second half goal from sub Tommy Ryan made no impact and their season came to an abrupt end.

After scoring a combined 4-40 in their two championship games to date Waterford were quick out of the blocks and led by 0-2 to 0-1 after three minutes when Ton Devine and DJ Foran on target.

Without the suspended Aaron Gillane Limerick called up Shane Dowling for his first appearance of the season, and he was unerring from placed balls in the first-half and he soon added three points for his side, who had gotten off the mark with a Cian Lynch score early on.

With both teams employed two man full-forward lines and no sweeper on duty, the middle third was highly congested throughout, but it was a battleground that Limerick dominated. Lynch in particular was bright with three points before the break, while his colleague Darragh O’Donovan also slotted a sweet sideline cut.

At the back Limerick were very tight before half-time and kept Waterford to seven points at the break, with Mike Casey dominant in his duel with Stephen Bennett, while he was well flanked by the tight Richie English and Sean Finn.

Limerick were well on top with a 0-5 to 0-2 lead after nine minutes, but Gearoid Hegarty found the net after a brilliant move a minute later. It only took Limerick four minutes to add goal number two as Mulcahy pounced when Stephen O’Keeffe mis-controlled Seamus Flanagan effort. 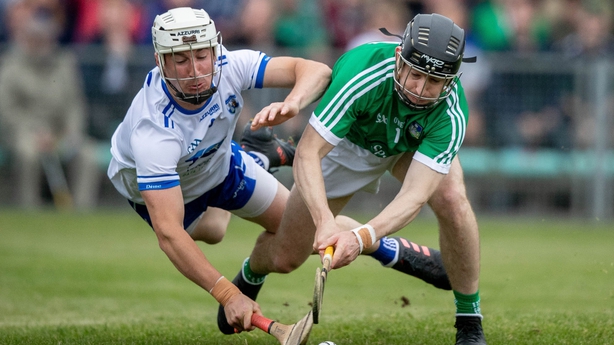 Six points in a row underlined Limerick’s total dominance in the run up to half-time and they were well deserving of their 2-14 to 0-7 lead at that stage.

After a Pauric Mahony free to start the half, we had the bizarre sight of Waterford goalkeeper O’Keeffe scoring a point from play as he galloped up the right wing, but Limerick hit back with two of their own, before sub Tommy Ryan crept in behind to throw Waterford a lifeline with his side’s first goal.

The Limerick lead was still ten points though, and three points in a row from the home side cancelled out that goal, while Dowling’s free taking easily saw Limerick over the line.