Kilkenny corner-forward Eoin Larkin has another All-Ireland medal in his pocket and it’s one he is going to savour.

The James Stephens clubman chipped in with two points as the Cats drove on in the second half to get the better of Galway in Sunday’s hurling decider.

In speaking to RTÉ Sport on this latest victory, Larkin quoted his manager Brian Cody: “Brian has always said 'careers come and go and you have to make the best of things while you're there' and we've done that over the last number of years.”

Larkin heaped further praise his manager by saying: “Brian has been a big factor in our success. He's unbelievably motivated to keep winning.

As to what was said at half-time in the Kilkenny dressing room, Larkin added: "We knew we weren't after playing well and we knew we had to up it. Everybody to a man, subs and all, the whole panel - we all rode in behind each other.

"There's a good few young lads after coming in to freshen things up. They came of age today." 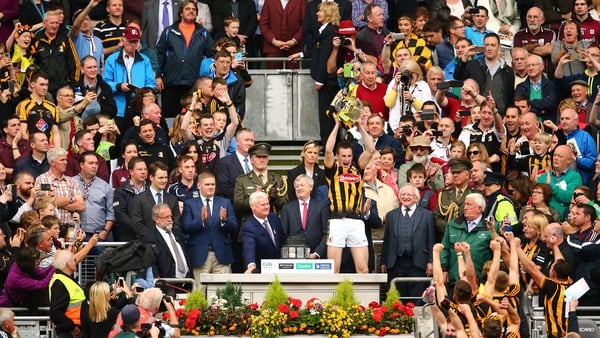 Kilkenny see off Galway to win another All-Ireland title