Derek McGrath’s Waterford saw off Dublin by five points in the All-Ireland hurling quarter-final, scoring a 2-21 to 1-19 victory at Semple Stadium.

The Déise had second-half goals from Shane Bennett and Maurice Shanahan against a Dublin team that finished with 14 men.

Liam Rushe was sent off in stoppage time for a strike to the head on Shanahan as the clock ticked down.

For Waterford, it’s a first All-Ireland semi-final since 2011 when they tackle champions Kilkenny at Croke Park on 9 August.

And McGrath’s charges have regained momentum after suffering their first defeat in League or championship this year in the Munster final against Tipperary.

Shanahan was the scoring star with a brilliant haul of 1-12, including 1-02 from play.

But when Waterford got on a roll in the second half, their brilliant former All-Ireland minor winner Austin Gleeson was superb.

Gleeson scored 0-04, including one breathtaking second half sideline cut.

Skipper Kevin Moran and Colin Dunford finished with a brace of points each and Jake Dillon chipped in with a second half score.

For Dublin, this was a disappointing exit as they were right in contention in the first half before Waterford scorched clear after the break.

Bennett’s 37th minute goal was a huge blow but a brilliant strike from the young Ballysaggart player.

Bennett’s first touch was off as he tried to collect Shanahan’s precise diagonal ball but his second was magnificent as he lashed home a vicious groundstroke.

That score provided the platform for Waterford to push on and a magnificent Gleeson point in the 52nd minute had them seven clear – 1-19 to 0-15. 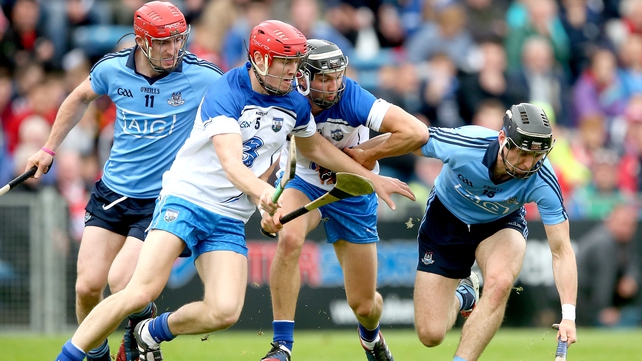 Mark Schutte gave Dublin a glimmer of hope with a goal at the Killinan End, after he took a delivery from Ryan O’Dwyer.

Schutte’s strike had enough to beat Stephen O’Keeffe, who got a stick to it but couldn’t keep it out.

Dublin were four points down then and twice more before the finish but Shanahan’s killer goal close to the finish killed the game off.

Bennett turned provider this time and Shanahan’s finish was precise and low into the bottom corner of Gary Maguire’s net.

In stoppage time at the end of the first half, Danny Sutcliffe’s third point separated the sides and that score capped a bright spell for the Dubs before the break.

Down by two points, 0-10 to 0-12, the Sky Blues reeled off the last three points of the first half, Paul Ryan’s free followed by a Sutcliffe brace from play.

It was a half that was level eight times, in keeping with pre-match predictions that this one would be a tight affair.

Both teams set themselves up as hard to break down, with Tadhg de Búrca sweeping for Waterford as Liam Rushe and Chris Crummey appeared to split the sweeper shift at the other end.

It was a half with no real goal chance, although Bennett may have been better advised to transfer a pass left to Shanahan rather than attempting a shot in the 29th minute. 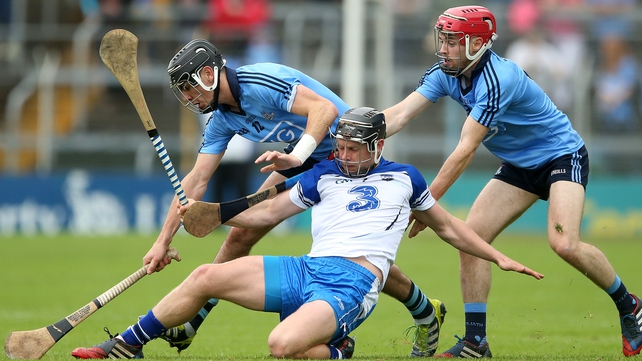 Maguire, who was fortunate that the ball didn’t squirt behind him and into his own net, shunted Bennett’s strike out for a 65.

Maguire’s roll-lift on his endline appeared to have stayed in play but the umpires deemed otherwise and Shanahan converted the 65 for the seventh of his eight first half points.

Another Shanahan free put some daylight between the sides before Dublin, assisted by the breeze blowing towards the Town End, produced that late salvo to edge ahead at the break.

Waterford also suffered a blow four minutes before the interval when former Allstar corner back Noel Connors limped off, to be replaced by Steven Daniels.

But on the day they would not be denied, setting up a titanic clash with the Cats at Croke Park. 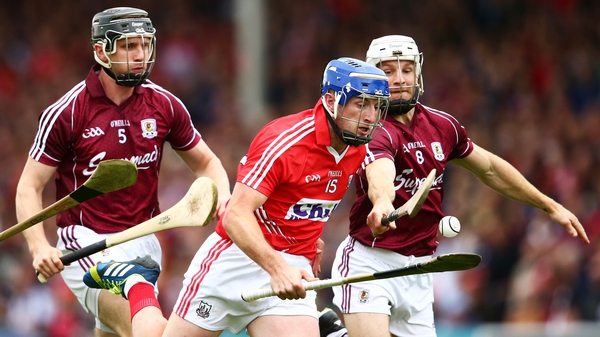