Tipperary and Waterford lock horns in today’s Munster hurling final in what has the makings of a thrilling encounter (Semple Stadium, 4pm).

The stakes are high with Tipp seeking their first provincial title since 2012 and the Déise having to go back to 2010.

A place in the All-Ireland semi-finals and being just 70 minutes away from a final is the main prize and neither team will want to face the winners of the very competitive qualifier series.

Tipperary are many people’s favourites to go all the way this year and they have been progressing nicely all year under Eamon O’ Shea.

They lost out by the narrowest of margins in the league semi-final to Waterford.

O'Shea's charges bounced back to beat Limerick comfortably in the Munster semi-final by 16 points, scoring 4-19 from play out a total of 4-25 and looked very impressive.

They created numerous goal-scoring opportunities, an aspect of their game that have been working on.

Tipperary’s strengths lie in the number of top class, quality, skillful hurlers they have right through the team and the experience of playing in big games with many of the side having contested a number of Munster and All-Ireland finals.

This is really a huge year for Tipp to get back on top and win the All-Ireland, which they last achieved all of five years ago. Defeat this year would be a huge blow to this group of players.

In Darren Gleeson they have an excellent keeper and the return of Cathal Barrett should strengthen the back line where Padraic Maher and Kieran Bergin have been excellent.

The midfield pairing of Shane McGrath and James Woodlock are very mobile and their forwards are motoring well with Seamus Callinan and John O’ Dwyer in fine form and getting great assistance from Bonner Maher and Jason Forde.

Brendan Maher is lining out at centre-forward but playing in a very defensive role and getting in a lot of hooks and blocks and helping to tighten up the back line and create space up front.

Brendan is a great leader and wears his heart on his sleeve and is the ideal man for this role. They also have a very strong bench to call on if required.

Their Achilles heel is their tendency to drift out of games as they did for 20 minutes after half-time against Limerick and also their inability to graft and win hard ball when things are not going their way.

But overall they are a top side and will take some beating.

Waterford have had a super year to date coming from Division 1B to win the Allianz League, beating Cork comfortably in the final and again repeating that feat in the Munster semi-final.

No too many teams can boast beating the Rebels twice in such a short space of time. 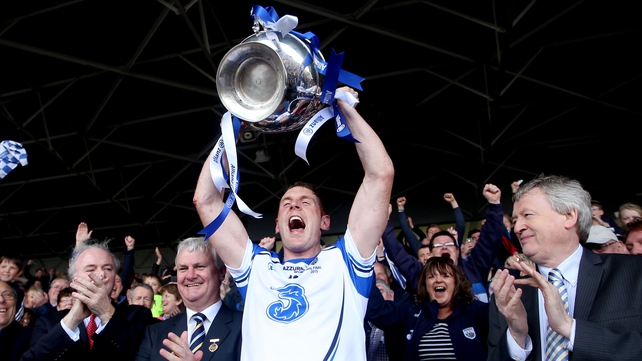 Derek McGrath has repeatedly lifted the level of expectation from his players and has made it very clear after each victory that despite the euphoria around the county at their progress that he wants to achieve more this year and he is fully correct.

There is no time like the present and the feeling in Waterford is that this group of players have what it takes to go all the way and who could argue with that given their performances this year.

They play a very much defensive system and attack teams on the break with a running game that suits their players. While it has worked very well so far, I feel that as the season progresses and ground conditions speed up and players fitness levels improve that it will be less effective.

They also have a great blend of youth and experience in their ranks.

Noel Connors is having a great season and Kevin Moran who despite lining out on the half-forward line is given a license to follow the ball, which he does very well and Brick Walsh is a great target man up front and works selflessly for the team.

Maurice Shanahan has taken over the free-taking role and is also in fine form.

Combine these experienced players with a whole raft of exciting young players like Tadg de Burca, who is having a super season, Philip Mahony, Austin Gleeson, Jake Dillon, Stephen and Shane Bennett and Colin Dunford and you have a serious outfit.

Waterford’s chances of success will depend a lot on how well Barry Coughlan at full-back and Noel Connors can contain Tipperary’s main sharp shooters, Callinan and O’Dwyer.

They will also need to start much better than they did against Cork when it took 25 minutes to register their first score from play.

The Déise will also need to close down Tipperary’s short puck outs.

Limerick played with seven defenders against Tipp and this allowed Gleeson find team mates with short puck outs, which they used to set up good attacks down the flanks.

While Waterford have continued to confound the experts all year with their progress and are in with a great chance of winning, I feel that Tipperary playing at home and with the greater experience in their ranks will have enough to come through by a couple of points and give O’Shea his first silverware as manager and take a step closer to another All-Ireland final appearance. 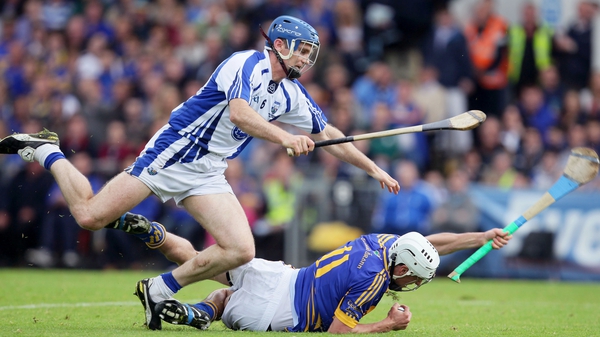