Laois will host Dublin and Galway will take on Carlow in the Bord na Móna Walsh Cup semi-finals after clear-cut victories this afternoon.

Laois led by 2-10 to 1-10 at half-time with Scully and Stephen Maher netting their goals.

Kevin Foley claimed Wexford’s goal, but it was Laois who really picked up the baton after the restart with Scully’s third goal pushing the O’Moore men further ahead, while Scully completed his hat-trick nine minutes from time.

David Treacy scored 0-11 for Dublin as Ger Cunningham’s charges advanced to the last-four following a 0-28 to 2-12 win over Antrim in Parnell Park.

Ahead by 0-16 to 1-05 at half-time, Dublin restored their nine-point lead on the restart and despite Antrim being reduced to 14-men, following a red card for Eoghan Campbell, the Ulster side did not roll over.

Substitute Ciaran Clarke netted their second goal in the 46th minute followed by Antrim cutting the gap to four points soon after.

However, Dublin pulled away again and then Antrim went another man down after captain Neil McManus was dismissed on a second yellow card late on.

Galway, meanwhile, were always on top in their 2-22 to 1-13 win over Offaly at O’Connor Park, Tullamore.

It wasn’t all good news for Anthony Cunningham’s side, with the Tribesmen’s manager confirming after that Joe Canning suffered a suspected broken finger.

Wind-assisted Galway led by 1-17 to 0-5 at half-time, with Jason Flynn netting a 13th minute goal.

A Canning goal gave Galway a 2-17 to 0-5 lead on the restart, with Shane Dooley scoring Offaly’s only goal in the 50th minute.

Carlow had already advanced to the knock-out stages after their 2-19 to 0-11 playoff win over NUIG at Fenagh on Saturday night. 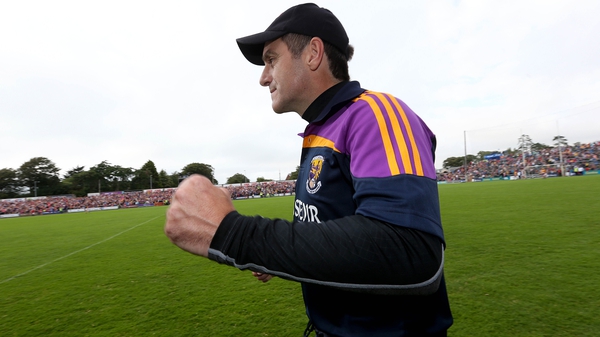