In a clear indication that he intends to freshen up the Dublin hurling squad, new boss Ger Cunningham was keen to stress that players should not be pigeonholed into playing in one position.

The Cork native was speaking after the Dubs recorded a comfortable win over DIT in the Walsh Cup on Tuesday evening.

It was a game where Cunninigham, not surprisingly, gave youth its chance, but also saw familiar names tried out in different positions as the manager prepares for the start of the Allianz League.

“It’s about assessing the various options and experimentation” was how Cunningham described his approach to the pre-season competition when he spoke to RTÉ sport.

"We’re looking at different positions. Liam Rushe was at full-forward (last played there in 2012). Peter Kelly started at centre-back. Johnny McCaffrey was moved around.

"These guys can all play hurling. I don’t believe players should be pigeonholed into playing in one position. It freshens things up for players and gives the management more options."

In looking at the emerging talent, Cunningham will no doubt hope that those who featured on successful minor teams in recent years can make their mark.

"A few of those lads were in action tonight. Shane Barrett, Ben Quinn and Cian Boland showed good form in what was their first senior games for Dublin."

Anthony Daly delivered much success in his time in charge of the Dubs and while Cunningham believes the “skill level is high” within the county, he hopes his philosophy in time will reap a positive dividend.

"I’m only with the squad a couple of months. Anthony was there for six years. We are different people and have different outlooks on how the game should be played.

"It will take a while for my ideas to bed in but it’s great that the season is up and running and that the players are getting game time.

"As I said, Dublin players have the skill and I’m confident that they can reach the level of performance that is required to match the best."

Cunningham's next match in charge is against Antrim in the semi-final of the Walsh Cup at Parnell Park on Sunday next. 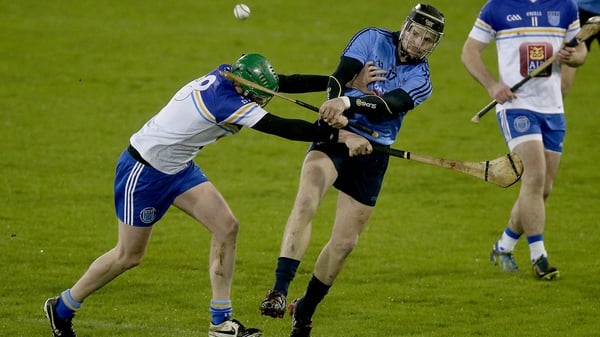