Ballyhale Shamrocks captain TJ Reid said his side had taken a second chance in their Leinster SFC final against Kilcormac-Killoughey to end 2014 “on a great note”.

Reid was central to Ballyhale’s 0-21 to 1-14 extra-time victory, bagging 10 points, but Kilcormac-Killoughey had opportunities to take victory as the end of regulation time approached.

Once the game went into extra-time, Ballyhale pushed on to take victory.

Speaking to RTÉ Sport after the game, Reid said Ballyhale had expected a tight game and that he was aware how close they had been to losing out.

“We had two weeks there and we trained hard for the two weeks, because we know these boys; they’re big and they’re strong and they’re a physical team,” Reid said.

"We know these boys; they’re big and they’re strong and they’re a physical team" - TJ Reid on the challenge posed by Kilcormac-Killoughey

Reid said it was an “amazing feeling” to have surpassed Ballyhale’s initial aim for the season.

“Our main goal this year was the county final, and we achieved that,” he said. “We spoke strongly about Leinster, and we dug deep and we said we wanted to go the whole way, because the last time we were here was 2009 – that’s five years ago.

“So, it’s a long time to be back in a Leinster final. So, we wanted to come here today and give it everything, because it could be another five years before we’re back here again.”

He said he was content with his own game and looking forward to a break after 13 months of club and inter-county action.

“It’ll be nice to have a break there for two months, and then we’ll get back to the grinding stone in February.” 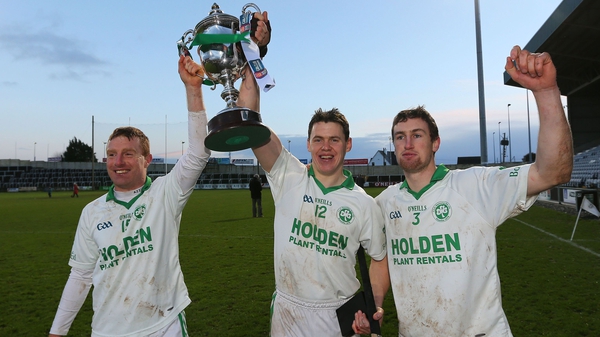