Former Kilkenny defender Michael Kavanagh has paid rich tribute to Tommy Walsh, who announced his inter-county retirement on Thursday, saying of him, “Pound for pound, I’d say I haven’t seen any better as a defender”.

Kavanagh played on the Kilkenny panel with Walsh between 2002 and 2012, operating in the full-back line behind Walsh at half-back for much of that.

Speaking to RTÉ, Kavanagh said Walsh had it all as a defender, and lauded his influence on Kilkenny during a highly successful period for the Cats.

“From having played with him for a long time and having played behind him for a number of years, he’s been the mainstay of that Kilkenny team for the last 10-12 years,” Kavanagh said.

“Pound for pound, I’d say I haven’t seen any better as a defender. Top-class, he had it all: the heart of a lion; very good in the air; huge skills; very competitive, no matter whether it was in training or anything else.

“But hugely popular as well [as a] teammate, with any team he’s been involved in, whether that’s colleges, Railway Cup, shinty, Kilkenny and Tullaroan. He gave everything; an absolutely great servant, and he leaves with great memories.”

Asked what it was that marked Walsh out as special, Kavanagh highlighted his competitive nature and passion for the game.

"He had it all: the heart of a lion; very good in the air; huge skills; very competitive" - Michael Kavanagh on Tommy Walsh

“He was really passionate about the game and he was infectious to be around. He had all the skills and he really pushed himself. He gave everything to the cause, and he gave some great displays.

“It was in his blood since an early age with the family, and all [the while] growing up, Tommy was spoken about and ear-marked, and he really delivered, and he can look back on his career.

“It’s a sad day for Kilkenny, I suppose, that he’s moving on but he leaves some great memories and a legacy behind him.”

Kavanagh said Kilkenny would move on, pointing out that Walsh’s brother Padraig was there “to pick up the pieces”, and said that Tommy Walsh owed Kilkenny nothing after years of loyal service.

“It was certainly a joy and a privilege to call him a team-mate, and he was one that gave everything and gave every ounce he could any day he put on that Kilkenny jersey.” 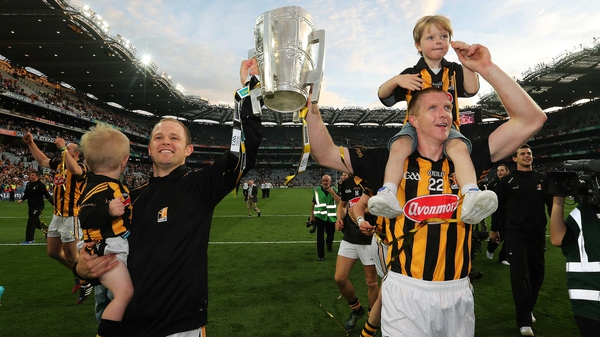