The Kanturk club man played both codes last season but admitted he was "lethargic and tired" towards the end of the campaign and vowed to focus on one code only in 2015.

The 24-year-old was an All-Ireland winner with the footballers in 2010 and picked up a Munster hurling medal last summer before the Rebels' semi-final exit to Tipperary.

“In fairness my head has been wrecked the last few weeks,” he told Cork's 96FM’s.

“But I’ve come to the decision that I’ll probably have a cut off the hurling this year. Being with the footballers now the last few years and last year trying to do the dual I just feel that I could prove something in the hurling in the coming year.

“I just said to myself if I give 100% to the hurling I can see what could happen. So yeah, I’ve decided to go with the hurling.

“We’ll see what happens now and [I'm] just looking forward to it. Just can’t wait to get started really.

“I said after that day [Tippeary defeat] that I didn’t want to leave it like that. And hopefully if we get the chance in 2015 we’ll put up a better display

“It was a very, very hard decision to make but I’m kind of happy now that it’s over with.”

The midfielder said that football manager Cuthbert was disappointed but accepted his decision.

"In fairness to him he was fully supportive of my decision," said Walsh.

"He obviously was disappointed that I picked hurling but he’s a pure Cork GAA man. He just wished me luck and I wished him the best of luck and told him I hope they have more success and do very well this year. I told him maybe down the line I’d get the opportunity to play under him again and left it at that.”

Walsh was this week named as vice-captain of Ireland's International Rules squad for the upcoming Test in Australia. 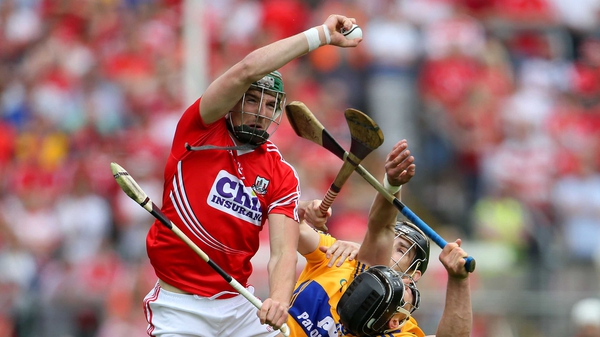