Kilmoyley vice-chairman Paddy O’Sullivan looks set to be banned for two years arising out of an incident with Paul Galvin during last Sunday’s Kerry SHC final.

Galvin, playing for Lixnaw against Kilmoyley, was struck by a hurley just before the start of the second half of the match, which ended in a draw.

The club has also been ordered to forward a four-figure bond to the county board as a good behaviour pledge.

This will be lost should there be any further serious misconduct by any of their members.

And although the proposed punishments had not been officially received yesterday evening, they were believed to be imminent.

Kilmoyley and O’Sullivan will have three days to appeal the ban and bond.

The Kerry SHC final replay between Kilmoyley and Lixnaw has been re-fixed for Austin Stack Park on Saturday 11 October at 4pm. 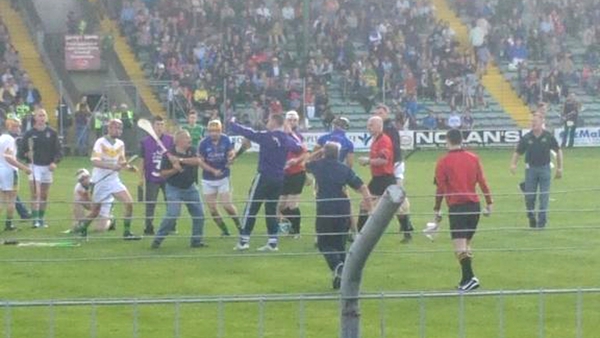 Kerry County Board awaits report after Galvin confronted by fan