The feeling in the Tipperary dressing room in the aftermath of their drawn All-Ireland hurling final with Kilkenny was one of quiet reflection, with the view that the “job has still to be done”, according to fitness coach Gary Ryan.

Ryan, a two-time OIympian in the sprint disciplines, was asked by Tipp boss Eamon O’Shea to get involved this season.

His brief was simple – to improve the overall fitness of the players on the pitch.

When asked what it was like in those minutes after John 'Bubbles' O’Dwyer’s effort drifted agonisingly wide three weeks ago, Ryan told RTÉ Sport: “There was a pause. It’s half-time. You’ve qualified for the final. There’s no result; no good or bad about it. The job still has to be done; it’s not finished yet.

“That would reflect the mood quite accurately. We’re still in the game. It just happens that there is a three-week break before we play again. “

The Kilcommon native went on to say that it is a challenge to prepare for a replay.

““It’s an interesting challenge but every game is that. You want to get everything right for every game,” he added.

“We plan together as a group, look at every aspect and try and get the balance right.

“There is no set of rules to do it. If you ask those who have been involved in replays, they’ll all have a different answer for you as to how they got it right for the second day. You just have to look at what we’ve done before to make sure the balance is right between rest and work."

In looking at how to get the best out of players, Ryan drew from his athletics experience.

"You have to look at each individual traits. If you work with the general idea of improving their speed and general fitness, you will see an improvement over time.

"You have to look at what are the demands of the position, the player and the game itself. It’s completely different to what you might do in athletics because there is a lot of stop-start and turning in different directions.

"You have to try and work that into your training.“ 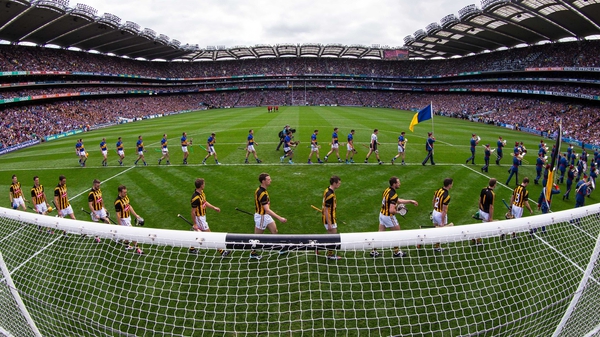