John O’Dwyer fired home two second-half goals as Tipperary eased their way past Dublin in a one-sided encounter which never really came to life at Semple Stadium in Thurles.

Eamon O’Shea’s men laid the foundation for victory in the opening half when they opened up a 0-15 to 0-08 lead against a disappointing Dublin.

They pushed on after the restart to set up an All-Ireland semi-final showdown with old rivals Cork on 17 August.

Dublin only led once in the match and that was when Danny Sutcliffe landed the opening score after less than a minute.

Tipperary, with the breeze behind them, got a solid footing thanks to two inspirational scores from opposite wings by Lar Corbett, although he did not score after that.

Dublin got the deficit down to a point after 15 minutes when Tipp native Ryan O’Dywer found the range to make it 0-05 to 0-04 but that was as near as they got for the remainder of the game.

Patrick ‘Bonner’ Maher pointed after a good break and then Seamus Callanan, who produced another flawless display from placed balls, hit a brace before Shane McGrath notched a superb effort to make it 0-09 to 0-04 after 21 minutes.

The game was already slipping away from Dublin when Callanan put nine between with a ’65, but Daly’s men rallied with points from Alan McCrabbe and Johnny McCaffrey.

However, Tipperary stepped up a gear with John O’Dwyer, Noel McGrath and Gearoid Ryan finding the range to leave them seven points up at the break.

There was no let-up after the restart and Ryan snatched the first point of the second-half against the wind.

McCrabbe responded with a free for Dublin and after a couple of points from Callanan which left Tipp nine to the good, Anthony Daly’s men hit their best spell with a two points from Paul Ryan, who took over the free-taking duties when McCrabbe was replaced.

Dublin got a big chance to reduce the margin when they got a penalty after Dotsie O’Callaghan was fouled by Cathal Barrett but Brendan Maher saved the effort from Ryan before Conal Keaney flashed the rebound over the bar to leave six between them after 50 minutes.

The Dublin supporters were beginning to find their voice but they were silenced when Tipp wrapped it up shortly afterwards when James Woodlock and Callanan combined to set up O’Dwyer for his first goal.

There was little chance of Dublin responding after that and O’Dywer got his second goal 16 minutes from time when he whipped home a rebound after Dublin goalkeeper Alan Nolan had done well to deny ‘Bonner’ Maher.

Tipp continued to land points but manager Eamon O’Shea said afterwards they still have plenty of work to do before they meet Cork.

“We won’t have much of a chance if we keep hurling like that. I was happy enough with the win but I don’t think both teams will be happy with the way they played. 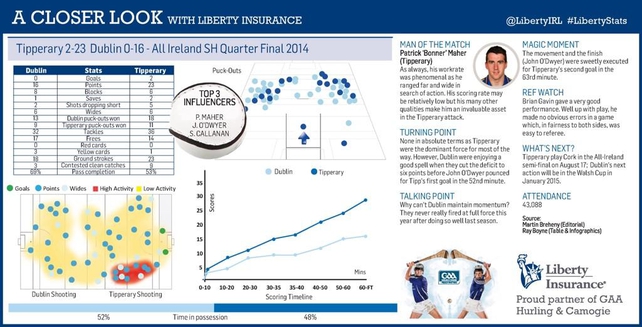 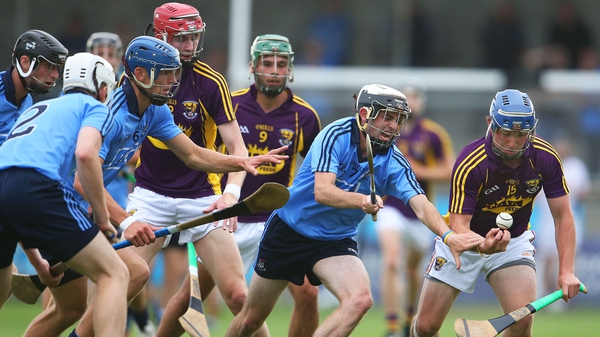