Derek McGrath’s Waterford are through to the second round of the All-Ireland SHC qualifiers after beating Laois 2-22 to 1-15.

The hosts ran out comfortable 10-point winners against Laois in front of 5,025 spectators at Walsh Park.

Pauric Mahony scored 11 points, including 10 frees, and Shane Walsh bagged a first-half brace of goals as McGrath’s charges bounced back from a 14-point mauling against Cork in the Munster quarter-final replay to keep their season alive.

Walsh’s two goals helped Waterford to lead by 2-10 to 1-05 but Laois had got off to the ideal start when Neil Foyle netted after just 57 seconds.

Foyle took advantage of a goalkeeping error by Stephen O’Keeffe to finish into the empty net from close range.

But Waterford, with Kevin Moran in sensational form, settled and were level in the 10th minute when Walsh scored the first of his goals, finishing off superb approach work from Colin Dunford.

Cutting in from the right touchline, Dunford supplied the killer pass to Walsh, who pounced from close range.

Experienced forward Walsh raised his second green flag in the 22nd minute and that goal sparked Waterford into life.

With the sides level at 1-05 apiece, Waterford hit another goal and five points without reply to lead by 2-10 to 1-05 at half-time.

It was a deserved advantage for the hungry Deise, who registered 10 of their 15 wides in that opening half.

The pressure was very much on Waterford in front of their home crowd but that scoring blitz approaching half-time lifted the tension.

Willie Hyland, the outstanding player for Laois on the night, lofted over two early points in the second half to hint at a revival.

But Waterford regrouped quickly and when sub Gavin O’Brien pointed, the hosts had their biggest lead of the game.

They did and Laois profited to land five points without reply, with Hyland and impressive sub John Purcell to the fore.

But Pauric Mahony’s free stopped the rot for Waterford and it was a procession from there until the finish.

Waterford could have won by more but Laois goalkeeper Eoin Reilly pulled off a magnificent second-half save to divert Jake Dillon’s fierce drive over the crossbar. 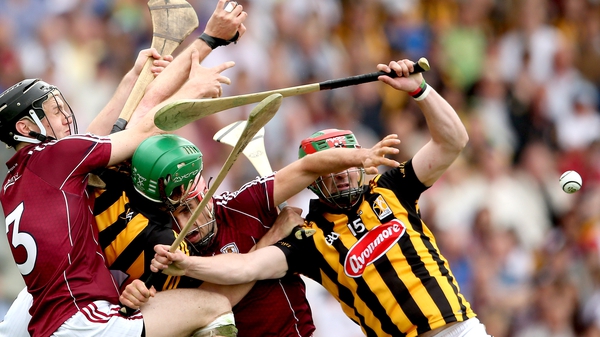 As it happened: Saturday's GAA action