Galway manager Anthony Cunningham admitted his side got “thrown a lifeline” as they pulled back a nine-point deficit at the death against Kilkenny.

The Cats had one foot in a Leinster SHC final against Dublin when they led by 3-21 to 2-15 with just three and a half minutes remaining in Tullamore.

However, The Tribesmen never gave up and two Conor Cooney goals and a Joe Canning penalty levelled the game in injury time, 5-16 to 3-22.

But the drama didn’t end there: substitute Henry Shefflin fired over a point deep into injury time before Canning responded in kind to ensure a share of the spoils and a replay in O’Connor Park next Saturday at 7pm.

Cunningham told RTÉ Sport: “In a short spell there Kilkenny got a goal and three or four points, and the next thing there was seven points in it. From a match that was very, very even, they turned it on its head halfway through the second half.

“We were disappointed with that but guys showed tremendous character and tremendous fight. We were thrown a lifeline and we took it and it’s all systems go for next weekend again.”

Kilkenny manager Brian Cody accepted that the late salvo from Galway was part of the game but was nonetheless disappointed that his side let such a lead slip.

“We certainly hurled very well in the second half to get that lead,” he said.

“We really got some terrific scores, some great play. Obviously, that put us into a position where it looked very promising for us. In the same sense that we did that to them for that period of time, [in] the last [spell of the game] they punished us badly.

"It’s something that we wouldn’t be particularly happy with but it happened and that’s hurling. There’s never too big a lead in hurling and we’ve to go do the job again.”

Despite earning a second bite of the cherry, hero of the day Canning downplayed the result and admitted that he felt the game was slipping away.

He said: “It was a ding-dong battle. We looked dead and out with 10 minutes to go. I think we were down eight or nine points at one stage and even there at the end we were a point down. Henry came up with the goods but we live to fight another day.

“A lot of people questioned [Galway’s character]. But there’s nothing won, it’s only a drawn match. They are going to question our character again. We shouldn’t be conceding 1-08 on the bounce so that’s something for us to work on

“You wouldn’t be human if you didn’t [feel it was over] but we always said we’d fight to the end and we did that today.”

Asked about the injury-time penalty, Canning added: “If you’re called upon to take them you have to stick them [away] and lucky enough it went in.” 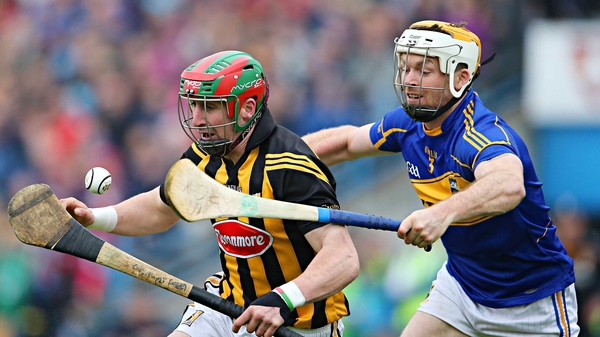 Tipperary to face Kilkenny or Galway in qualifiers