Cork and Waterford will meet again on 8 June at Semple Stadium after a heart-stopping 70 minutes of action failed to separate the two counties in a 1-21 apiece Munster SHC quarter-final draw.

Pat Horgan’s close-range free at the death secured the draw, but Waterford will feel that they should have closed out their victory after leading by nine points midway through the second half.

Bill Cooper scrambled in a goal to kick-start the Rebel revival, however, and a string of scores from Horgan and Alan Cadogan ensured that the two sides will get another day out in a fortnight.

Waterford fielded a youthful team, partly due to necessity and in part as an attempt to exploit some of the up-and-coming talent in the county.

This tactic bore real fruit in the early stages, as they hurled with real freedom and passion, overwhelming Cork in most sectors of the field.

Tadhg de Búrca was excellent in defence and Austin Gleeson really announced his presence on the national scene with three wonderful scores – a sideline cut, a fine point on the turn before half-time and a wonderful goal that will be difficult to top in any goal of the season contest. 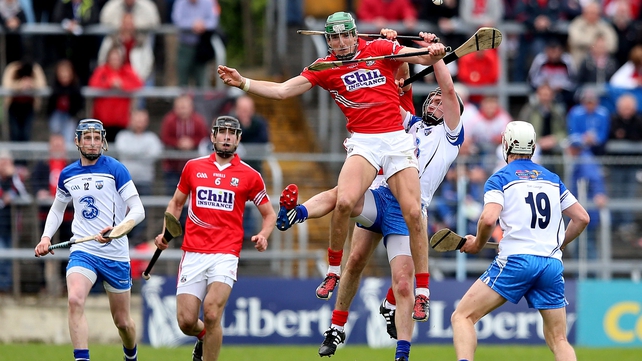 Waterford built up a 0-05 to 0-01 lead and, while Cork responded with some really elegant scores, including a trademark team score that included four well-chosen passes and a neat Alan Cadogan finish, they struggled to contain the pace and power of their direct opponents.

Waterford conceded 17 goals in their six league games this season, but they rarely looked in trouble in the full-back line here, except just before half-time when Barry Coughlan was deemed to have pulled down Pat Horgan as he bore down on goal.

All eyes turned toward the town-end goal once Brian Gavin awarded the free, but Anthony Nash stayed rooted on his line and Horgan struck the ball over for a point, a score that was immediately cancelled out by Gleeson to make it 0-13 to 0-7 at the interval.

Cork increased the tempo of the game immediately after the restart and succeeded in reducing the deficit when they took four of the first six points, and the damage to Waterford’s chances could have been heavier had Alan Cadogan elected to bear down on goal instead of taking his point after rounding his direct opponent and seeing open country in front of him.

However the tide turned again thanks to Gleeson, who delivered a memorable goal that was fit to grace any occasion.

The 2013 minor star took possession on the Cork 45m line and in one stunning burst of acceleration he left three defenders for dead and proceeded to despatch the sliotar into the top corner of the net with a sublime strike.

Shane Walsh and Pauric Mahony added scores to stretch their lead but Cork finally turned the tide of the tie thanks to a Bill Cooper goal, though this had none of the style of Gleeson’s effort.

Stephen O’Keeffe did brilliantly to deny Horgan’s initial effort, but Waterford failed to clear the loose ball and after a tough goalmouth scramble, Cooper was able to get a stick on the ball and touch it over the line amidst heavy traffic.

When Horgan send a beautiful strike over the crossbar from 70m out to reduce the deficit to a single score with ten minutes to play, few would have bet against the Rebels securing their progression.

Cork did draw level but Seamus Prendergast struck against the run of play to give Waterford a one-point lead going into injury-time.

There was to be one last moment of drama however as Austin Gleeson, now playing with an injury but still on the field due to Derek McGrath using his full quota of substitutions by the 58th minute, was deemed to have fouled Anthony Nash as the Cork keeper sent a clearance down the field. 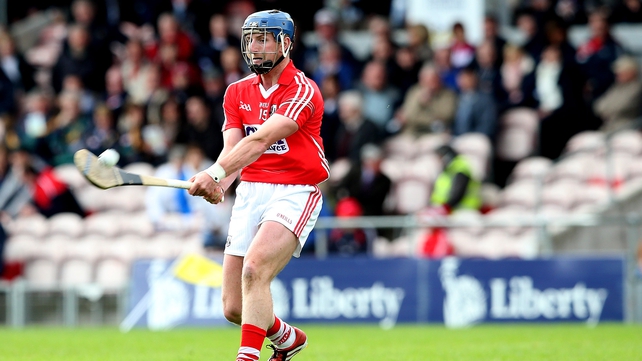 Once the sliotar dropped in front of the posts some thirty yards out, it was inevitable that another day out was on the cards. 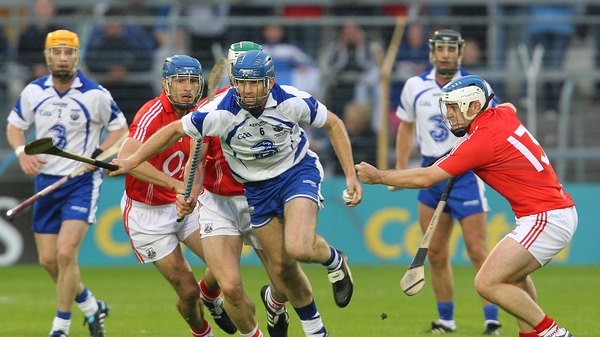 As it happened: Sunday's GAA action