Offaly secured their Division 1B survival when they beat Kerry by 3-19 to 0-14 in their Allianz HL relegation/promotion play-off tie at Semple Stadium.

However, it looked as if a very different type of game was in prospect in the early stages when Kerry struck the first seven scores of the tie.

A Joe Bergin goal helped Offaly to draw level by half time, 1-8 to 0-11, and while the favourites were further rocked in the second half by the sending off of Seán Cleary, two Stephen Quirke goals helped them pull clear of the Kingdom and avoid the drop.

These two sides came into this game in very contrasting form and Kerry demonstrated the confidence and verve that they built up over the spring in some style at the start as they cut through Offaly with ease in the opening exchanges.

Shane Nolan was a real livewire in the half forward line and with Offaly struggling to get any rhythm going while playing into the wind and the low sun, Kerry took full advantage and sent a string of scores over Conor Slevin’s crossbar.

Nolan struck four of the first seven points, three from play, while Offaly failed utterly to make any impression at the Town end of the field. 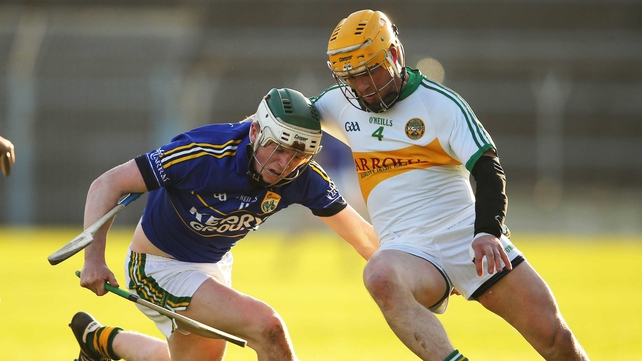 Daniel Collins played as a sweeper for the Kingdom and he mopped up countless long deliveries, while Kerry’s use of the ball was far sharper.

Seán Treacy got Offaly off the mark in the 10th minute but Kerry continued to press and took two of the next three scores, both from the stick of Shane Nolan.

From the 15th minute Offaly began to get a grip on the game around the half back line and midfield area and while they racked up plenty of wides, they slowly began to chip away at Kerry’s lead.

Brian Carroll had their first goal chance that flew off the crossbar and over, while Joe Bergin also missed a glorious opportunity when he was forced wide with just the keeper to beat.

Two fine Conor Mahon points and a Joe Bergin goal shortly before half time gave Offaly their first lead of the game at 1-8 to 0-10, but Kerry created another dead ball chance to allow them to draw level by the interval.

An inspirational run and point from Colin Egan and a follow up point from Bergin seemed to set Offaly off on the right path after the break but Kerry replied through scores of their own from Brendan Brosnan and Colm Harty to draw level once again.

It seemed as if the impetus had swung back their way when Offaly’s Seán Cleary was sent off on a straight red card while being substituted with 25 minutes still to play.

Perhaps realising the precariousness of their situation, Offaly dialled up the intensity from then on and after taking the lead through points from Brian Carroll and Daniel Currams, they got a crucial breakthrough when Stephen Quirke struck their second goal.

Much of the credit for that vital score must go to Conor Mahon, who created the opening with a powerful run and deft pass across to his blind side into the unmarked Quirke.

After points were traded, Kerry did find the net on the hour mark with a long ball in but referee Johnny Ryan ruled out the score for a square ball infringement and from then on Offaly took complete control of the game at the expense of their visibly tiring opponents.

Daniel Currams set up Quirke for his second major, while Carroll (3), Shane Dooley (2) and Thomas Geraghty rounded out the scoring for the Faithful County. 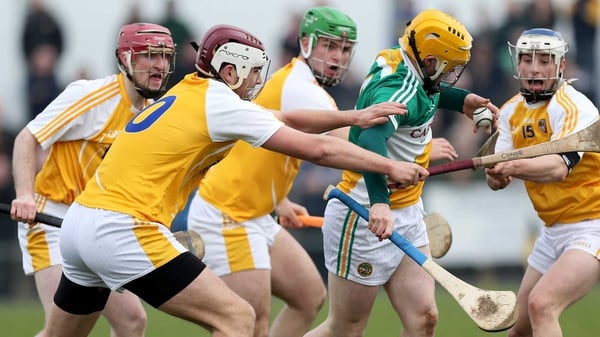