Cork earned promotion from Division 1B of the Allianz Hurling League with a 2-24 to 1-20 win over Wexford at Páirc Uí Rinn.

An early goal from Jack Guiney gave the visitors a three-point advantage, but Patrick Horgan (free) and Conor Lehane both netted as Cork led by 2-10 to 1-08 at half-time.

The Rebels allowed Wexford to reduce the margin to the minimum, before they pushed on. Horgan finished with 1-10 and substitute Alan Cadogan adding three points.

Jimmy Barry-Murphy's table toppers will face Tipperary - Division 1A's fourth-placed team - in the league quarter-finals next Sunday, while Wexford can console themselves with an encouraging final round display on Leeside.

Cork were that bit more efficient in front of their 5,678-strong home crowd although they allowed Wexford to stay in touch, particularly in the early part of the second half, and ended with eight yellow cards.

Brian Hartnett was a late inclusion in the Cork team, replacing Aidan Walsh (hamstring), while Willie Devereaux and Morris came in for Ciaran Kenny and Ian Byrne respectively in the Wexford line-up.

Horgan, who started at centre forward, flighted over a free to cancel out Liam Og McGovern's opening point and soon added a second pointed free from close range.

But Wexford moved 1-02 to 0-02 ahead as a Paul Morris free was followed by the game's opening goal, a pinpoint delivery in from Shane Tomkins splitting the Cork defence and Guiney turning Stephen McDonnell to fire home to the net.

Cork rattled off scores from Hartnett, Horgan and Seamus Harnedy - in response to Morris's first point from play - before goalkeeper Anthony Nash had a long-range attempt caught under the crossbar by his opposite number Mark Fanning.

Morris hit his third point of the day, but Cork edged ahead at 1-05 to 1-04 when Horgan sent a rasping 20-metre free to the net to give the Rebels a timely boost. 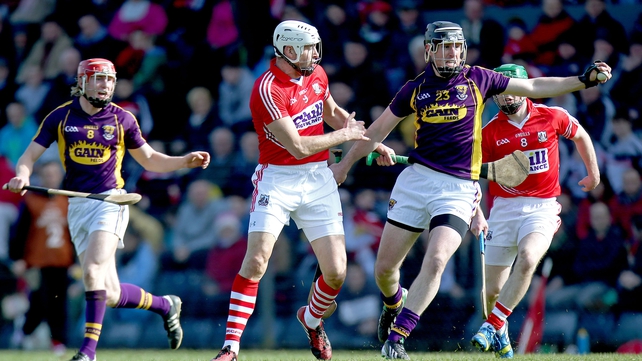 Lehane scrambled home his goal soon after, profiting from a dropped ball by Fanning, and that remained the difference between the sides as Morris and McGovern responded to a Horgan effort from play.

A quick brace from the strong-running Harnedy widened the gap to 2-08 to 1-06, but Wexford continued to pile forward and midfield duo Kehoe and O'Keeffe were both rewarded with points.

Nonetheless, the visitors were guilty of some poor wides - eight in the first half - and Horgan hit back with a well-struck '65 and a further free for a five-point buffer on the stroke of half-time.

Cork looked increasingly comfortable on the restart as points from Lehane and Harnedy, whose low shot could easily have been a goal, make it 2-12 to 1-08.

Wexford began to find their rhythm again though, landing seven of the next nine points with free-taker Morris responsible for five of those.

O'Keeffe and Guiney also raised white flags as Liam Dunne's charges cut the gap significantly to 2-14 to 1-15 by the 49th minute.

Defender Lee Chin, who came to the fore in the second half, launched over a fine score to make it a one-point game before two Horgan frees ended Cork's barren spell.

Substitute Alan Cadogan stepped inside Bobby Kenny to open his scoring account, approaching the hour mark, and Cadogan was involved in the build-up to Horgan's ninth point of the afternoon.

Cadogan and O'Keeffe exchanged points before the impressive Harnedy landed his fifth point from play in the 64th minute, putting Cork in sight of the finish line at 2-20 to 1-17.

They maintained that six-point margin as Lehane and substitutes Paul Haughney and Cadogan cancelled out efforts at the other end from Morris (free) and substitute Podge Doran (0-02).

Wexford had corner back Bobby Kenny red-carded in injury-time for striking Cadogan, leaving Horgan to complete the scoring from the resulting free. 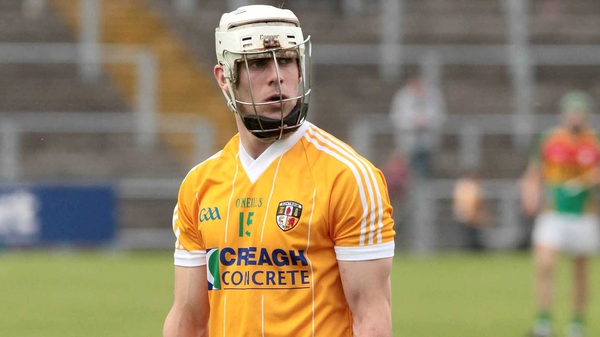