A three-point victory for the hosts condemned Dublin to a relegation play-off against Waterford, with Tipp through to meet Cork in the quarter-finals.

Tipp hadn’t won a game since their opening round victory against Waterford, but on a nailbiting afternoon at Semple Stadium, the Premier County did just about enough to preserve their Division 1A status.

It was a nervy afternoon for the home side but O’Shea’s men showed true grit to set up a clash with the Rebels, the leading side in Division 1B, next weekend.

With the breeze at their backs in the second half, Tipp set about gaining the minimum three-point victory required.

They got that, just about, and results elsewhere ensured that Tipp edged into the top four.

Patrick Bonner Maher finally got past a previously unbeatable Gary Maguire for the only goal of the game in the 47th minute and while the sides were level twice after that, Tipp finished well to collect maximum points.

In front of 4,768 spectators, Seamus Callanan finished with 0-11 for Tipperary, with Dublin’s Alan McCrabbe hitting 0-10.

Dublin went for goal from a 20m free with 13 minutes remaining as they chased an elusive goal and another glorious opportunity went begging deep in stoppage time.

When a point would have seen Tipp and Dublin’s League positions reversed, Niall McMorrow dropped an effort short when unmarked on the 45m line.

Had Tipp lost out in the race for a top four finish, they would have felt aggrieved as Jason Forde appeared to have a legitimate point waved wide early in the second half, when his sideline cut curled inside the uprights.

The first half saw Dublin play their best hurling as McCrabbe pulled the strings for the visitors. 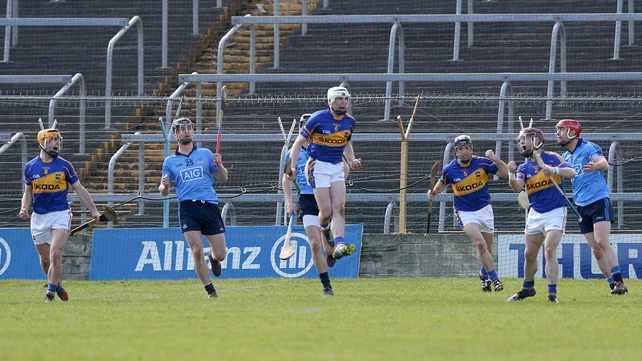 His two opening points of the game had the Sky Blues in front and with 13 minutes on the watch, they led by 0-5 to 0-2.

Dublin cruised into a six-point advantage but recognising the severity of the situation in which they now found themselves, Tipp upped a gear in the second quarter of the game.

And with the gap reduced to just a point by the break, the wind-assisted hosts were well placed to launch a fierce second half assault on Dublin.

It came, eventually, but not until after Dublin opened up a 0-13 to 0-09 lead, with McCrabbe (free), All Star Danny Sutcliffe and O'Dwyer all on target.

The goal, however, was a crucial score for Tipp as Maher finished at the second attempt after Maguire had pulled off a superb double save to deny Callanan and the eventual goalscorer. 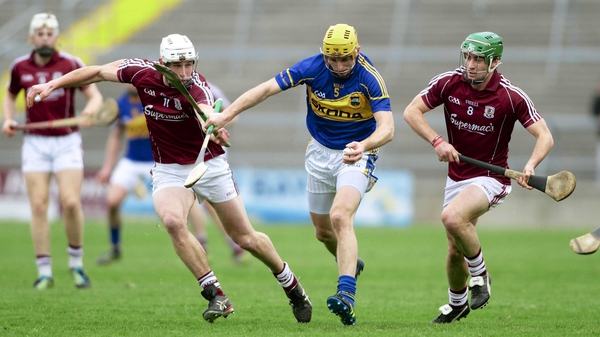