GAA President Liam O'Neill has apologised to Limerick for the Hawk-Eye malfunction during their controversial All-Ireland MHC semi-final loss to Galway last August in Croke Park..

An error with the Hawk-Eye system saw a legitimate Limerick point declared a 'miss' in the match with the Tribesmen on 11 August, 2013. The sides finished level at the end of 60 minutes, with the westerners prevailing by three points after extra time.

Limerick appealed the result to the Disputes Resolution Authority but the DRA rejected it and the result stood.

O’Neill, speaking last night at a Limerick GAA medal presentation, said: "I want to mention the All-Ireland semi-final. I do want to acknowledge here tonight that Barry Nash got a point that day that should have been awarded to him.

"I do regret it and we do apologise for it and we are deeply sorry for it. It's not easy to have to say it but that's the way it is.”

The GAA President continued: "I must say and it's not easy to stand here and say that it's a source of huge regret to us that, that worked out the way it did.

"We went to enormous bother to get Hawk Eye – quite frankly we spent a fortune on it to get things right for players, just so what happened that day wouldn't happen.

O’Neill’s apology was welcomed by Limerick GAA chairman Oliver Mann, who had previously commented last December at the county’s annual convention that he had "neither seen or heard an apology to the players". 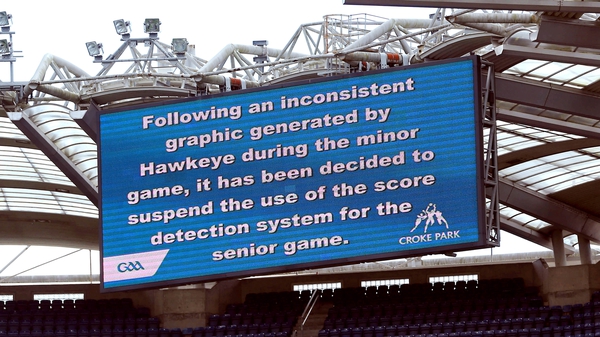