Could Clare’s narrow victory over Kilkenny in the opening round of the Allianz Hurling League be the first instalment of a fascinating rivalry in the months and years ahead?

The All-Ireland champions got the better of the Black and Amber on a 1-16 to 0-18 scoreline in Ennis in a clash that would not have been out of place in high summer.

RTÉ pundit Tom Dempsey was impressed by what he saw in Ennis and was in no doubt that both counties will be there or thereabouts when League and Championship is decided in 2014 and even beyond.

Indeed Dempsey made a bullish statement as to where Liam MacCarthy will reside from next September.

He said: “Clare haven’t lost the run of themselves since their victory last September and they are here for the long term.

"There is no doubt about that. In my book they are favourites to win the All-Ireland and that’s a very early call for me.”

A closer assessment of events at Cusack Park leads Dempsey to believe that we could be seeing the start of something wonderful.

He went on: “Against Kilkenny there was a needle all through, but it was a ‘good’ needle. There was a Championship feel about the game.

"I think we’re seeing the birth of a serious rivalry over the next couple of years."

“Both teams will probably qualify for the quarter-finals, so they’re very likely to meet again in the league, whether it be a semi-final or a final – that’s the second instalment.

"Some people might say wouldn’t it be a wonderful All-Ireland final if they meet there! This is a real thing in the making at the moment.”

DJ Carey concurred with Dempsey about the intensity shown in Ennis. “It was a great battle and in the first half there was a fair old bite to the match.

"I’m not saying Henry (Shefflin) was targeted, but there was a ‘Welcome back Henry – you’re not going to get anything soft today.’ That’s the way it should be.

“There wasn’t one dirty belt in the game – we had plenty of rattles and shoulders and the odd push in the back when a free was given. Certainly, that’s how the game should be played.” 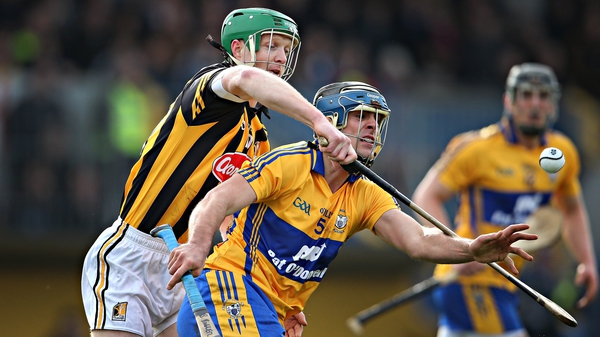