Eamon O’Shea’s charges ran riot against the Division 1B winners in Thurles to set up a final showdown with Kilkenny or Galway on 5 May.

Shane Bourke, Patrick Maher and Seamus Callanan (penalty) scored the first half goals as Tipperary cruised into a 3-11 to 0-8 half-time advantage.

A disappointing Dublin outfit never threatened any sort of a revival and their misery was complete in stoppage time when Mikey Heffernan pounced from close range for Tipp’s fourth goal, following an error by Dublin goalkeeper Alan Nolan.

Playing with the wind from the first whistle, the Munster champions looked to get the job done early.

And they had the game’s opening goal in the second minute when Bourke fetched Noel McGrath’s long free and smashed a shot past Nolan in the Dublin goal.

Referee Brian Gavin appeared to have blown his whistle for a foul on Maher but the goal was allowed to stand nonetheless.

Tipp were rampant and a third goal arrived in the 33rd minute, when leading scorer Callanan rammed home a blistering penalty after the industrious Bourke was fouled by Ruairí Trainor. 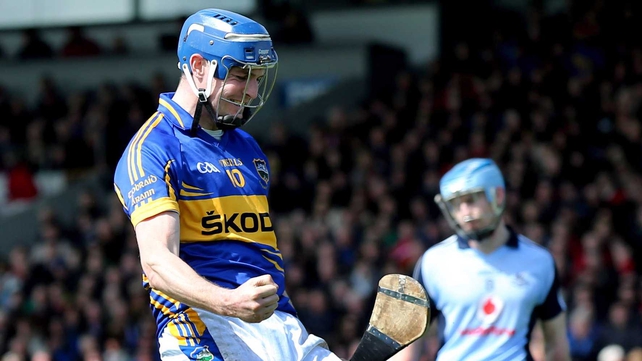 Dublin managed just five points from play in the first half – including a brace each for their best player, Danny Sutcliffe, and David O’Callaghan.

The second half was a procession as merciless Tipperary piled on the misery.

Dublin did get to within nine points – 0-15 to 3-15 – with less than twenty minutes remaining but Tipp’s response was emphatic as they registered five unanswered points, including a brace from man of the match Callanan and one from young Jason Forde, who was also exceptional, and took the man of the match award.

Nolan did well to keep out James Woodlock in the 59th minute as Tipp threatened to bag another goal.

But Nolan blotted his copybook in stoppage time when he struggled with a ball in his own goalmouth and Heffernan picked his pocket at the Killinan End to scramble home a goal that summed up Dublin’s wretched afternoon. 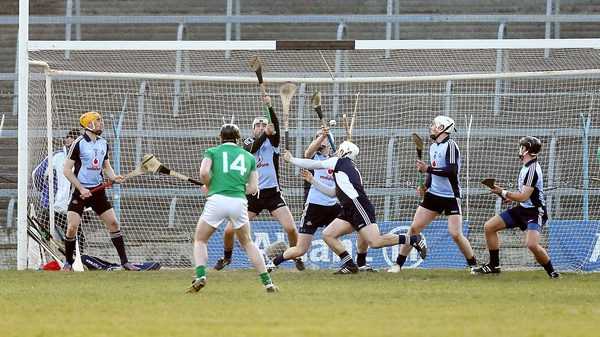