A Galway report has called for an overhaul of GAA structures in several competitions, including the All-Ireland Senior Hurling Championship.

The Galway Hurling Review Group was set up in the wake of Galway’s poor All-Ireland campaign which saw them lose to Dublin in the Leinster semi-final. They beat Clare and Cork in the qualifiers but went out to Waterford in the All-Ireland quarter-final.

It has made 79 recommendations in a report that was unveiled at the Clayton Hotel in Ballybrit yesterday evening.

At national level, the most striking of the recommendations is the call for the county to "develop and solicit support from other counties for an open-draw All-Ireland series at inter-county senior championship level".

McDonagh told the Irish Independent: "We should start to develop a strong negotiation proposition to secure better terms and conditions including home games and increased grant allocations from the Leinster Council when renegotiating possible continuing participation in Leinster after 2013."

It also said that there was "no appetite" for the county to join the Leinster Championship below senior level and called for the development of a new "Champions League" structure at under-21.

McDonagh added: "We know hurling needs to be improved. The under-21 championship is a high-quality competition and this would be a way of improving it.

"This proposal lends itself without conflicting with the strongly held views about the provincial championships in Leinster and Munster. It is not a trial run for doing it at senior, but it's worth experimenting."

Within Galway, the report recommended a changed structure at club level calling for the 20 senior teams to play an open-draw first game to decide progression to the next stage.

The ten losing teams would play-off again before the five remaining teams went into a round-robin group with the bottom team being relegated.

The 15 winning teams would – along with the intermediate champions – be split into four groups of four with the top two teams in each group going into knockout quarter-finals.

McDonagh told the Irish Examiner that the aim of the new structure would be to make the club championship more consistently competitive.

He said: "We have had two championships in Galway, what I call the ‘cosy’ championship pre-summer, then it’s all ratcheted up in September.

"Last year Clarinbridge lost their first two games in the championship, drew their third, and still won the county, and the All-Ireland." 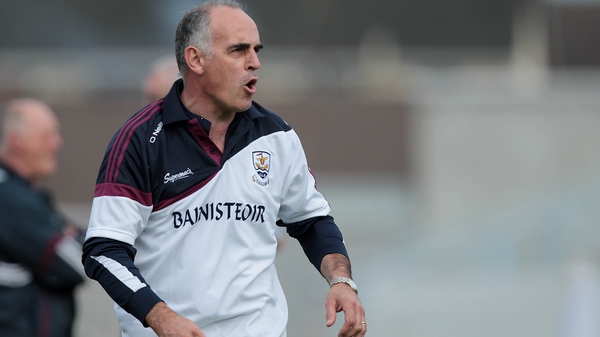