Limerick ran out convincing winners over Laois in this NHL Division 1B duel at Páirc na nGael despite never having to hit top gear.

Laois kept pace with last year's All-Ireland runners-up during the first half and were only 1-12 to 1-07 in arrears at half-time, with John Brophy (20 minutes) and Pat Tobin (23) swapping goals.

But the Shannonsiders, with corner-forward Tobin on song, were soon out of sight thanks to a flurry of points and two Andrew O'Shaughnessy goals. Willie Hyland grabbed a late consolation goal for Laois.

Tobin and O'Shaughnessy set Limerick alight with two dazzling performances as Laois fell away in the second half.

Tobin scored a cracking goal and also put over seven points - all from play - to be voted man-of-the-match. O'Shaughnessy scored 2-06 with four of his points coming from frees.

O'Shaughnessy's two-goal blast came inside a three-minute spell, at a time when Limerick were ten points clear and in cruise mode.

Afterwards, manager Richie Bennis said of Tobin's performance: "He was on fire and has the potential to be on fire all the time and I hope he keeps it up. This was a potential banana skin for us.

"Laois started well but I was impressed with our accuracy and we had only three or four wides, which is a big change from last year."

Tobin turned the tide for Limerick who trailed by a goal midway in the first half. Brophy blasted to the Limerick net following a pass from Joe Fitzpatrick.

The midlanders' goal came after Tobin frittered away a great chance of doing likewise at the other end.

But he more than made amends and in a three-minute spell he scored 1-02 and another five points to be the top marksman from play.

The sides were level three times inside the opening 20 minutes before Brophy's goal edged Laois in front. Then came the Tobin blast of fire, which effectively killed off the Laois challenge.

James Young was top scorer for Laois with five points - all from frees - with their second goal coming from Willie Hyland who navigated his way through a Limerick defence that was unsettled as substitutes entered the fray with just over ten minutes remaining. 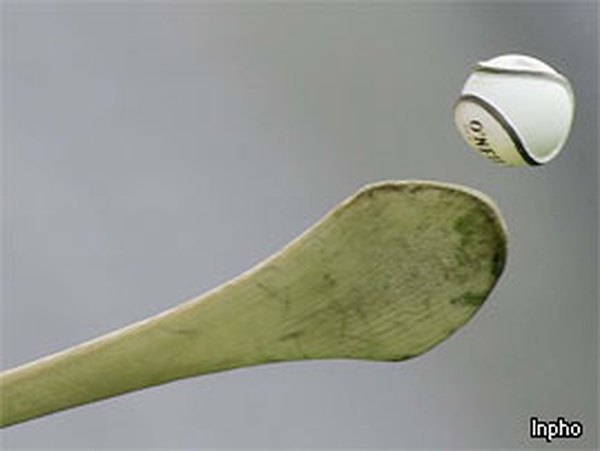