Waterford got the comprehensive victory they craved in Dungarvan as Down were ruthlessly exposed in this Allianz NHL Division 1A mismatch – Justin McCarthy's hosts eventually running out as 4-27 to 1-07 winners.

Playing with the wind, Down were still in touch at half-time, trailing by 2-10 to 1-7, but they failed to score in the entire second half.

Three long-range points from Brendan McGourty and an Emmett Trainor goal buoyed Down before the break, but goals from Ken McGrath (36 minutes) and Molumphy (41) put the result beyond any doubt.

Waterford’s two goals inside the opening 13 minutes had them well on course for a big winning margin.

Centre-back McGrath, who put on an exhibition of passing, combined with Dan Shanahan before the ball broke free for Nagle to flick home Waterford’s opening goal from close range.

Five minutes later, Declan Prendergast cut through on a glorious run before linking with the unmarked Molumphy who made no mistake with a smart finish.

Only some excellent saves from goalkeeper Graham Clarke, coupled with corner-back Liam Clarke’s strong positional play, kept Down in contention but they were encouraged by the shot-taking of midfielder McGourty.

The visitors, who were missing two of their best players in Andy Savage and Martin Coulter, managed to find the net late in the half – through nippy full-forward Trainor – to cut Waterford’s margin to six points by the break.

But the Deise put paid to any hopes Down had of a shock win when McGrath blasted a 21-yard free to the net just a minute into the second half.

Corner-forward Molumphy broke free to claim his second goal – the Ballyduff clubman top-scored with 2-03 – and it was a procession for McCarthy’s charges after that.

Down’s chances were limited to placed balls, and they slotted four frees wide of the mark in the second period as they fell off the pace.

Waterford used the remaining half-hour to get in some target practice ahead of the visit of Offaly next weekend. Ken McGrath finished with 1-05, Eoin Kelly tallied up 0-07, while midfielder Dave Bennett, who was making his first league start of 2007, hit a pleasing 0-04. 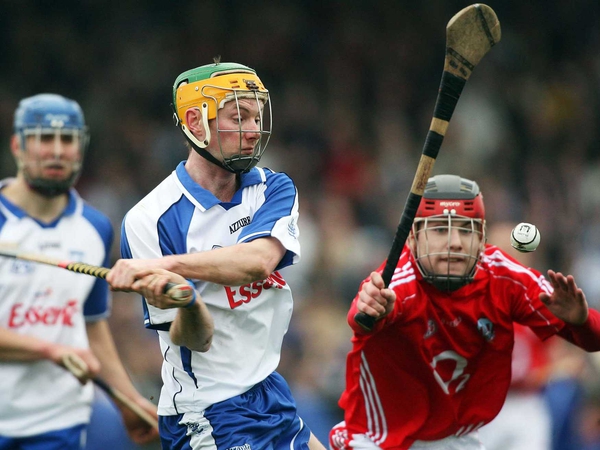