Ireland suffered shoot-our heartache once again as they came unstuck against Wales in Cardiff in their World Cup qualifier, meaning they miss out on the 2023 showpiece event in India.

The Green Machine had missed out on the Olympics via the same method to Canada and this was similarly devastating as a huge second-half performance could not yield the vital goal in normal time.

Michael Robson had given Ireland a first-minute lead, countered by Joey Naughalty's equaliser after 19 minutes.

Wales had the edge in the first half but it was Mark Tumilty’s side who looked more and more likely to win it in the second.

But 1-1 at full-time meant a shoot-out and Welsh goalkeeper Toby Reynolds-Cotterill kept out four efforts with Rupert Shipperley and Jack Pritchard doing the damage in a 2-1 outcome.

"We started well, got ahead before having a disappointing second quarter," Tumilty said.

"We played well in the second half, created plenty of chances but, unfortunately, we weren’t able to take one of them and then we didn’t deliver in the shoot-out. It’s as straightforward as that.

"The momentum was going in our favour (late on). We did all the right things, started to find space but just couldn’t find that killer ball or that killer touch to get the goal we needed to get across the line. It’s another hard lesson for these players and a disappointing day for Irish men’s hockey."

Like the women earlier in the day, Ireland were flying in the first minute as, with 45 seconds on the clock, a three-man turnover on halfway led to Jonny McKee racing forward. Reynolds-Cotterill blocked his shot but it fell kindly for Robson to flick past the prone goalkeeper.

Wales, though, have been enjoying a relative golden period of late, rising up seven places in the world rankings to their highest ever position. Luke Hawker shot wide from a big chance while an early umpire's whistle saved Ireland when Naughalty flicked over Jamie Carr with a penalty corner given before the ball crossed the line.

Carr was superb in repelling a couple of Gareth Furlong penalty corners but he could not keep out Naughalty’s upright backhand shot after he wriggled this way and that to find a shooting chance and make it 1-1.

Ireland settled before half-time with some neat right-wing attacks, almost unlocking the door with Tim Cross’s overlapping a feature. And they started to build more and more momentum as time went on.

A series of three penalty corners just before the end of the third quarter provided a major talking point as, this time, Ireland were denied by a premature whistle. Shane O’Donoghue’s drag-flick fell to McKee who scored at the second attempt only for a penalty corner to be given instead. The reset chance was denied by Reynolds-Cotterill.

O’Donoghue saw yellow in the fourth quarter but Ireland still created more in that phase as Sam Hyland and McKee and Ben Walker all tested the goalkeeper. O’Donoghue returned to sting the palm of Reynolds-Cotterill once more with two minutes to go as Wales clung on.

And the Welsh keeper produced the heroics in that shoot-out phase to send them to the World Cup, denying Ireland a ticket to the elite stage.

Ireland will close out the tournament with a third-place playoff against Austria but the ultimate prize from this competition has proven out of reach. 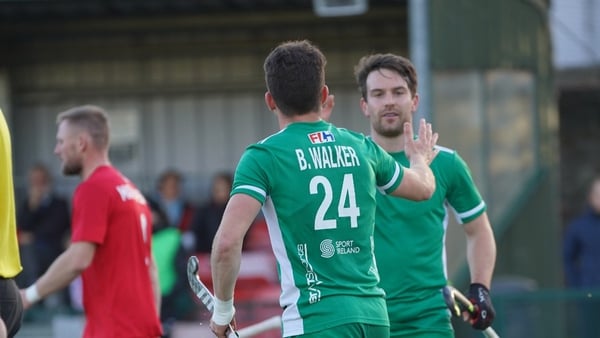