Nicci Daly says that she's looking forward to working with new manager Lisa Jacob, who was appointed to the position earlier this week.

The Enniscorthy native takes over from Arlene Boyles, who decided to step away from the role over the summer, and she'll work alongside head coach Sean Dancer.

Jacob will bring massive experience with her, having played 139 times for Ireland, before going on to play rugby sevens for her country for over a year.

Daly believes she can offer something different to the squad.

"I think the news that Lisa is coming is great," she said.

"She's been around the squad for the last month or so, and Lisa's been in the environment, she's played for Ireland over 100 times. She knows what it's like. She's coached, she's been around teams for a long time.

"But she's obviously got experience in high performance roles and working with hockey squads in the performance side so I think it's going to be a great addition to the team and really looking forward to Lisa getting more involved with us."

It's an exciting period for arguably the country's most successful team, on the international stage, of the last few years.

Their journey to the World Cup final against the Netherlands, which they ultimately lost, was one of the stories of 2018, while in November of last year they managed to book a place at the Olympics after a two-legged play-off win over Canada at Energia Park.

The outbreak of Covid-19 led to the postponement of the Olympics, but all things going well the squad will be heading to Japan next summer.

It does mean, however, that the run-in to the games stretches out to 20 months, with the team due to face South Africa on 24 July.

Daly, at 32 years old, admits that she had planned for the tournament to be her swansong, and that staying at the elite level of a sport for the extra year is a challenge.

"As a player that's getting a little bit older, and I’d seen Tokyo as being the end for me - the training is tough.

"Sean [Dancer] really emphasises a lot the physical side of the game and trying to run a lot with the ball, to be more of an attacking team, that’s what it brings with our training. Is my body going to be OK tomorrow? Will I be able to keep going with what’s being asked of me?

"Having that down time is nice, we didn’t really have too big of an off-season when we qualified to when we started again, so it’s been nice to bring it back in. Our training has reflected that.

"Sean isn’t trying to break any of us. We eased our way back in and that’s been really good for me as an older player.

"It is tough to gear yourself up, you’re planning for something really big, then you’re on a bit of a comedown and you’ve got to gear it back up again, but definitely since we’ve been back training we’re moving closer now." 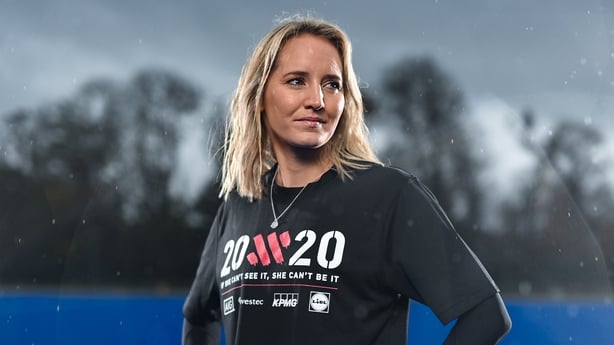 The Dubliner admits that it was "lucky" that they were able to get their qualification sorted before the lockdown arrived.

"I know there is a lot of athletes out there still haven't qualified," she points out.

"I thinks that's a harder position to be in because we know we are going if the Olympics go ahead. Having that part done is the biggest part and that's always the biggest relief when you know you've qualified.

"You just have to keep looking forward and keep working towards next July."

Daly comes from a sporting family. Her dad Vivion raced cars at Mondello Park, and the much-missed Phoenix Park Motor Races, as well as in the UK.

Her uncle Derek made it to Formula 1, while a cousin, Conor Daly, is involved in the IndyCar Series in the United States. 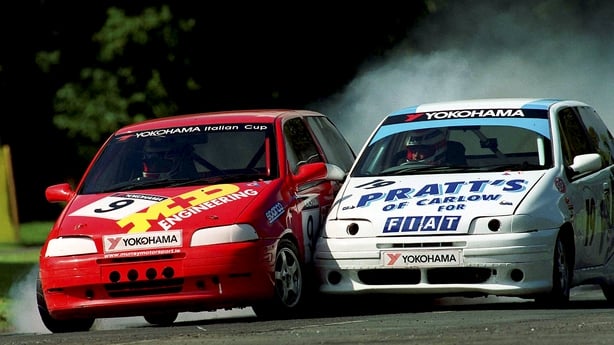 Daly studied engineering to master's level at university, and spent time working with Juncos Racing as a data engineer between 2016 and 2018.

She has been involved in recent years with Formula Female, an all-female racing team which is hoping to get more women involved in a traditionally heavily male-dominated sport, and ultimately she would like to get back into motorsport once it comes time to hang up the hockey stick.

She said: "Since coming back in 2018, after the World Cup, it was preparing for the Olympics. After the World Cup we entered a semi-professional programme and it just didn't allow me to keep working in that sport as I'd like to.

"That is where the development of Formula Female came, so that I could try to use my experience of being in a team and being a female in a male-dominated sport, and not seeing too many other females working in it was sort of where the idea and the concept came from.

"After I retire from hockey it would be nice to go back into that environment and try to do a little bit of work with a motorsport team - maybe in a different role, who knows." 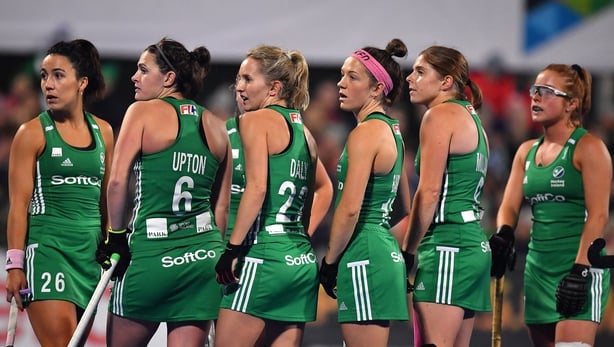 For now though she's very happy to be back on the hockey field, and preparing for the biggest tournament in the sport.

"We started back the second week of September in a proper full-time programme," she said.

"We did a part-time programme July and August, but we've had the whole squad together since September.

"We’re training Monday, Tuesday, Wednesday, Friday, Saturday, so there’s a good bit of contact time there together. As the weeks build up they get a little more intense.

"We eased our way back in and that's been really good for me as an older player. It is tough to gear yourself up, you’re planning for something really big then you’re on a bit of a comedown and you’ve got to gear it back up again, but definitely since we’ve been back training we’re moving closer now.

"We’re really starting to push through now and hit the hard stuff."

As a proud 20x20 ambassador, Irish hockey international, Nicci Daly was on hand to help launch a highlights video celebrating some of the 3,000 spectacular entries received over the course of the AIG Show Skills competition