Ireland have qualified for the 2020 Olympics following the most dramatic of finishes against Canada in Dublin.

Following last night's 0-0 draw the second leg at Energia Park also finished without a goal and the game went down to penalty shuttles.

Ireland trailed 3-1 in that shootout but goalkeeper Ayeisha McFerran pulled off two stunning saves, while Beth Barr and Chloe Watson scored to send the shootout to sudden death.

Roisin Upton somehow shot the ball in from the tightest of angles and Canada couldn’t convert their penalty and Ireland began to celebrate.

However, the joy was cut short momentarily as the Canadians referred it to the video umpire looking for a foul.

"No clear reason to change your decision," came the reply eventually and the Green Army could begin the celebrations in earnest.

"We have worked so hard, some of us have put in 10, 12 years, and it's also for all the players that have gone before us. All those who committed so much of their lives to international hockey and never made it to an Olympics.

"We are representing them. I am so delighted."

All the drama in Energia Park was reserved for the finale as the match itself, much like last night's flat affair, never sparked into life in front of a record-breaking crowd.

The attendance of 6,137 was the biggest ever for a women's international team event in Ireland.

With weather conditions much improved the boisterous crowd expected but Sean Dancer’s side struggled to find any rhythm against a determined but limited Canada team, ranked seven places lower.

Despite Ireland’s intent evident in the opening minutes it was McFerran who was called into action first, denying the visitors from a penalty corner. 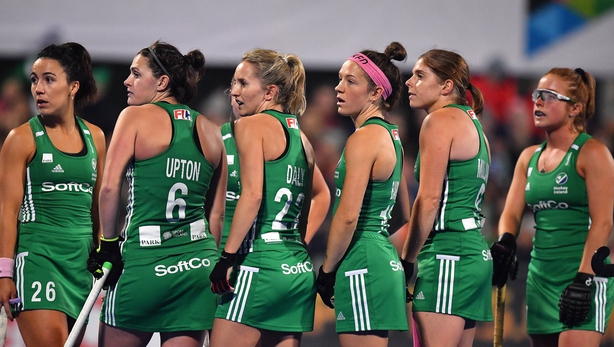 And the Canadians had the ball in the Ireland goal in the second quarter but it last hit off an Irish stick and was ruled out.

The tension was beginning to creep in during the second half and Ireland were relieved to see Natalie Sourisseau’s block fly into the side netting.

The game ended without Canada net-minder Kaitlyn Williams having to make a significant save.

With memories of Ireland Men’s team penalty heartbreak from last weekend’s shoot-out loss to Canada still fresh in the mind, it came down to the wire once more.

However, Mullan’s team had the benefit of the experience from last year’s run to the final of the World Cup, in which they came through two shootouts in London.

"When you have the composure and the class of Ayeisha McFerran it gives you a huge boost," said the captain.

Steph Norlander opened the scoring, while Gill Pinder could not convert Ireland’s first.

When Upton took longer than the eight seconds permitted Ireland found themselves 3-1 down and staring elimination in the face.

But Barr, Watkins and Upton stood up and were counted, while McFerran did enough to put Woodcroft off and Ireland, after a nervous wait during the video umpire referral, made history by qualifying for the Olympics for the first time. 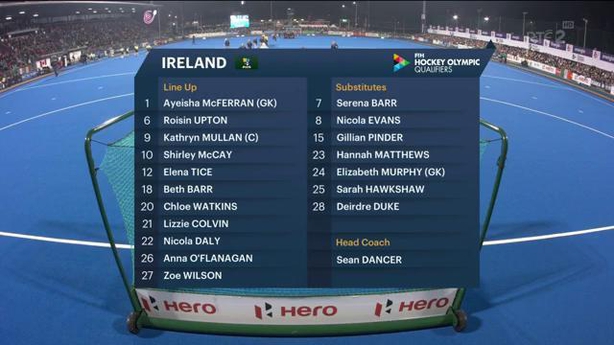 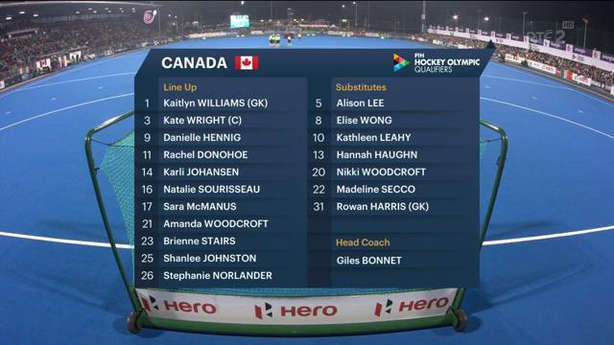