The Australians, who are the number one ranked side in the world, were the heavy favourites going into the game but Ireland matched them for long periods and fought back after going behind to an early goal.

Blake Govers put Australia in front after just 12 minutes, scoring from a penalty corner and while David Harte was able to get a hand to the ball, he couldn’t keep it out.

Ireland were level just two minutes later, however, with a fine team goal. Sean Murrary made the break, cutting his way through two Austalian defenders before flicking the ball through for Shane O'Donoghue with a fine reverse sweep.

There was still plenty for O'Donoghue to do but he chipped the ball up with his first touch and with his second tapped it past Corey Weyer in the Australian goal. 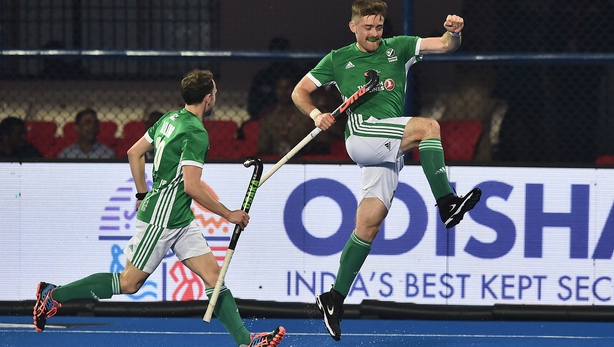 Ireland held firm until half-time after that goal, despite mounting Australian pressure as the World Cup champions penned the Green Machine back inside their own half.

It took just three minutes of the third quarter for Australia to re-establish their lead as they caught Ireland short at the back.

Tim Brand started and then completed a flowing counter-attack move from the Kookaburras and despite Harte saved his initial shot, the ball dropped kindly for the Aussie attacker and he tapped home the rebound.

Ireland struggled to come up with answers after going behind for a second time and the reigning champions managed the game well, passing the ball around Alexander Cox’s side as, who struggled to get out of their own half.

The Irish fans laud the brave efforts of their team and give them an encouraging send off. #AUSvIRE #IndiaKaGame #HWC2018 #DilHockey pic.twitter.com/Gy7I0OzALi

O’Donoghue, who was the Green Machine’s most threatening attacker, looked isolated up front and Ireland struggled to get support up to him quickly enough.

Goalkeeper Harte was taken off with two minutes to go as Paul Gleghorne came on to replace him as Ireland went for broke but they were unable to force a late chance.

Cox said: "Our players put their bodies on the line for the result today, we always knew this was going to be a physical game against the world number one team.

"It wasn’t the result we wanted but I’m very proud of the whole team, we gave it our all and were in the game until the final whistle." 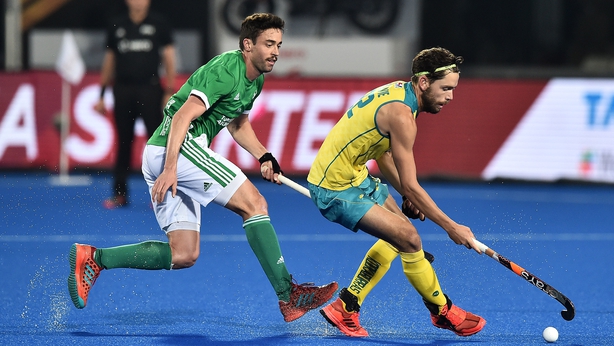 China, Ireland's next opponents on Tuesday (1.30pm Irish), caused a shock in the second Pool B game as they scored a late goal to secure a 2-2 draw with England.

England fell behind to a fifth-minute goal, but they drew level shortly afterwards when Mark Gleghorne scored from a penalty corner.

Despite dominating possession, it took England until the fourth quarter to go in front when Liam Ansell netted.

But just when it looked as though England had done enough for victory, China equalised in the closing seconds through Du Talake.

England's next game is against  Australia on Tuesday.