Pre-match favourites Netherlands lived up to their billing as they crushed Ireland 6-0 in the Women’s World Cup Hockey final in London.

Graham Shaw’s side, the second lowest ranked country in the competition embarked on an incredible journey to reach the decider with wins over USA, India twice and Spain, but found the Dutch a step-up in class at at The Lee Valley Hockey and Tennis Centre.

The underdogs trailed 4-0 at the end of the first half after goals from Lidewij Welten, Kelly Jonker, Kitty van Male and a thunderous strike from Malou Pheninckx.

The Green Army struggled to make an impression in an attacking sense and a Marlo Keetels tap-in a penalty corner finished to the roof of the net from Caia van Maasakker sealed an emphatic win.

Graham Shaw's underdogs began brightly but did not manage a shot at goal until the final quarter and the tournament favourites - who lifted the trophy on home soil four years ago - soon showed their superiority. 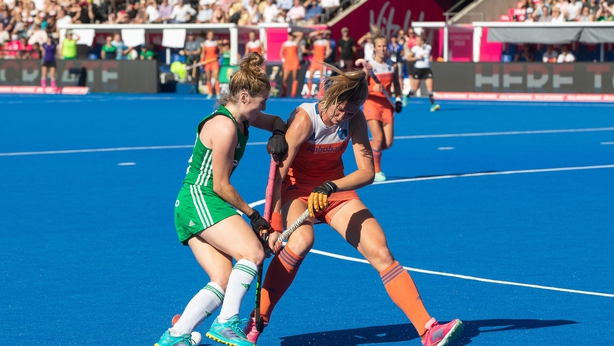 Welten put Alyson Annan's team ahead in the seventh minute, turning to hit a powerful shot through a crowded circle and past Irish goalkeeper Ayeisha McFerran at the near post.
Jonker found the bottom-left corner to double the lead in the 19th minute, while superb blocks from Irish pair

The free-scoring Dutch, who registered 29 goals in five matches to reach the final, put the result beyond doubt with two quickfire goals in the final stages of the second period.

They notched up 5 penalty corners in the opening half but the corner runners weren’t giving the Dutch any time and drag flicks were sent high and wide until Kitty van Male tournament top scorer Van Male smashed in her eighth of the competition from close range and, moments later, Pheninckx was allowed too much space to fire the ball high into the net.

In the end, Ireland were outclassed by the world's top-ranked team and were powerless to stop Keetels tapping home a fifth and Van Maasakker adding another from a penalty corner.

There was no lack of effort from the Irish as they defended resiliently, and Lizzie Colvin and Katie Mullan were at the core of several turnovers as Ireland chased a goal.

Daly was the first to test Anna Veenendaal as she darted into the circle and smashed the ball goalward but the shot was well saved. Two penalty corners in quick succession for the Dutch were duly dealt with as Roisin Upton saved one off the line and Shirley McCay threw her body in front of another to see Margot van Geffen’s shot go high.

Netherlands ran out deserved winners but the Green Army cemented their place in history with World Cup silver and Ayeisha McFerran was rightly named Goalkeeper of the Tournament. 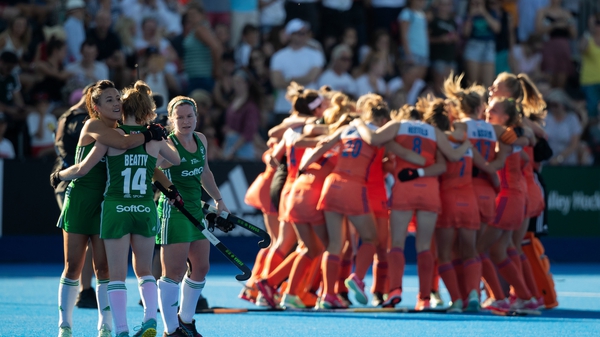