Ireland have progressed to the semi-finals of the Women's Hockey World Cup for the first time ever following a shoot-out victory over India in London.

A tight match at the Lee Valley Hockey Centre ended goalless before Ireland booked a place in the last four with a 3-1 penalty success.

Ireland were the second-lowest ranked country coming in to the tournament and reached the quarter-finals by topping Pool B ahead of India and hosts England. 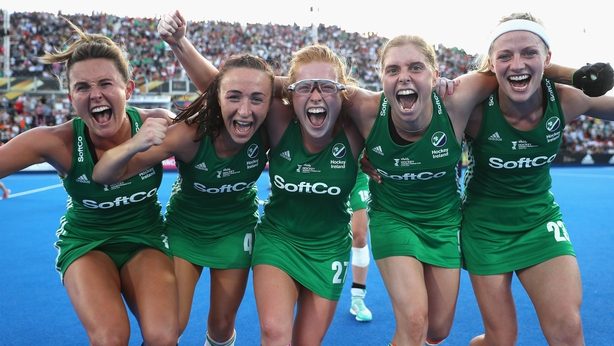 Anna O'Flanagan had an excellent chance to put them ahead in the second quarter but, after being picked out by captain Kathryn Mullan, her effort was smothered by India goalkeeper Savita Punia.

India, who finished fourth in the competition in 1974, were beaten 1-0 by Ireland in the pool stages.

They gradually grew into the game in the second half and saw a penalty corner superbly saved by McFerran as the match ended in stalemate.

Head coach Graham Shaw said "I’m just so proud of the group of players. It was really difficult at times, India are a very good side but we dug so deep.

"To go to a shootout and bury some demons is also really important for us, I’m just full of pride. I felt if we could score two then we’d win because Ayeisha is an incredible goalie, she’s so difficult to score against".

Meanwhile, England's hopes of winning the World Cup on home soil are over following a quarter-final defeat to defending champions the Netherlands.

Danny Kerry's side were outclassed by the tournament favourites in London and were defeated 2-0 following goals from Lidewij Welten and Laurien Leurink. The Netherlands will face Australia in the last four on Saturday,