Spain will take on the winners of Ireland versus India for a place in the Women’s Hockey World Cup final after they sprung a surprise 1-0 over Germany.

Heading into the first quarter-final of the tournament, Germany were fancied to overcome the Spanish for the second time after their earlier 3-1 victory in the pool stages.

The Germans won all three of their group games, but in a cagey encounter, couldn’t find the breakthrough before Carlota Petchame crossed for Carmen Cano to convert from a yard struck in the 48th minute to seal a famous win.

"I think we can win. Now we are in the semi-final and we want the final. We believe in ourselves," Spain captain Maria Lopez said afterwards.

They will face the winners of the Ireland versus India clash which pushes back at 6pm on Thursday, with live coverage on RTÉ2.

In the other quarter-final, it took a shootout and fourteen penalties for Australia to see off Argentina.

They will take on the winners of the meeting of the top two ranked sides in women’s hockey, Netherlands and hosts England, on Saturday.

Follow Ireland v India via the live  blog on RTÉ.ie/Sport and  the  News  Now  App. Live coverage of Ireland v India from 5.45pm on RTÉ2 (push back at 6pm), with Peter Collins is joined by Kate Dillon and Lisa Jacob in studio, with commentary from Ger Canning and Sarah Scott 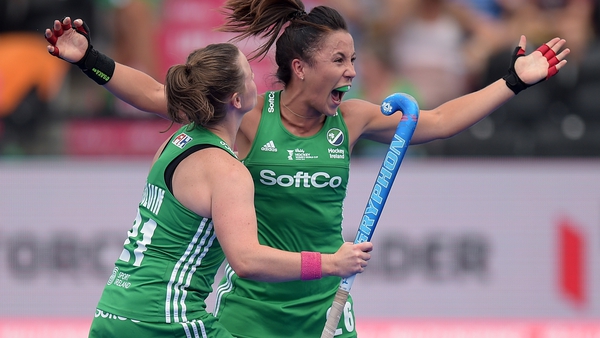