Ireland recorded a memorable win over a USA team ranked seventh in the world in their opening World Cup clash in London.

It was the perfect start for the Green Army, 16th in the world rankings, against the Americans as Deirdre Duke got the scoreboard ticking in the 5th minute.

The vision of Roisin Upton came to the forefront as she picked out Duke and sent the ball the length of the pitch to the waiting UCD captain in the circle. Duke still had work to do though as she dragged Jackie Briggs from her goal and rounded her to score from a tricky angle.

The Americans however didn’t take the goal lying down and Lauren Moyer drew a great sliding save from Ayeisha McFerran in the Irish goal moments later. Gillian Pinder won the first penalty corner of the match and Shirley McCay (below), Ireland’s most capped female athlete, made it 2-0 with one of her trademark sweeps from the top of the circle. 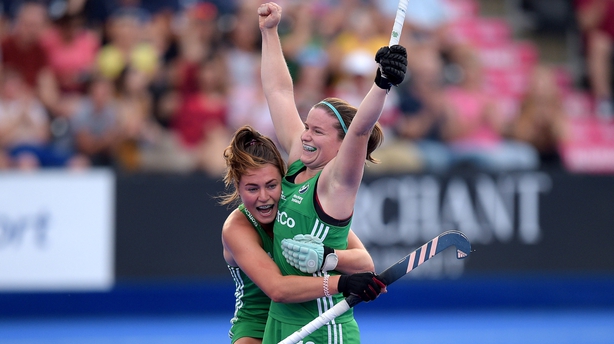 Margaux Paolino got the USA off the mark with a well worked penalty corner routine in the 15th minute as she deflected home a sweep from the top of the circle.

Irish captain Katie Mullan could have very nearly made it three for the Green Army when she picked up a ball in front of goal from Duke but Briggs did well to smother the shot.

Ashley Hoffman saw her penalty corner drag ricochet off the crossbar and Melissa Gonzalez’s rebound shot on the volley was well saved by McFerran to ensure her side held the lead going into half time.

The Green Army came out after the interval with the same fire and determination as Mullan drew an early stick save from Briggs.

Duke then got her second in the 41st minute after great build up play down the right side by Megan Frazer and Evans to set Duke up in front of goal for a composed finished past Briggs.

USA won two penalty corners in the third quarter but a mistrap and a deflection wide meant the Irish held the advantage. Duke was hunting for a hat-trick as she picked up a super pass from Lena Tice into the circle but her reverse shot fizzed just wide.

The Americans, never a side to be underestimated, started to up the pressure and a snap shot by Caitlin van Sickle drew a superb diving glove save from McFerran in the dying minutes.

Speaking after the match, head coach Graham Shaw said: "USA are one of the best pressing teams in the world and they can put you on the back foot with their physicality, but I thought we were magnificent and I’m incredibly proud of the group.

"One of the most pleasing things was how we saw the game out and I thought we looked really composed, we stayed disciplined and structured, and we’re over the moon with that result." 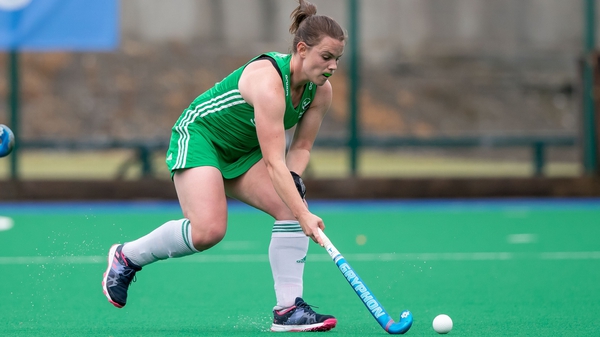