Korea took the final match in the Ballsbridge Energie Fitness Club test series with a 4-3 victory at a sun-drenched Merrion Fleet Arena on Sunday afternoon.

In the opening quarter Korea has a lot of possession but good defending by John Jackson and Lee Cole kept them at bay.

The first PC of the game went Ireland’s way after good work by Alan Sothern and Gareth Watkins. Conor Harte expertly finished with a drag to give Ireland a first-quarter 1-0 lead.

Korea were level in the 20th minute after the initial shot was well save by Jamie Carr but the follow-up was driven home on the reverse by Jung Jun lee.

Ireland regained the advantage when, after lovely work by Watkins on the base line, he set up Sothern for the finish. Carr was called into action to make a great save, and moments later Ronan Gormley cleared a PC off the line.

In the 35th minute a Korean PC led to a switch to the Namyong Lee, who tapped in at the near post.

Korea took the lead after a turnover and counter-attacked at pace for a lovely finish by Manjae Jung in the 37th minute.

They stretched their lead from a penalty stroke, Jihun Yang duly dispatching, six minutes later after a PC had been stopped by Paul Gleghorne on the goal line.

Ireland threw everything at Korea in the final quarter and got one back from a Shane O'Donoghue drag but they couldn't find an equaliser. 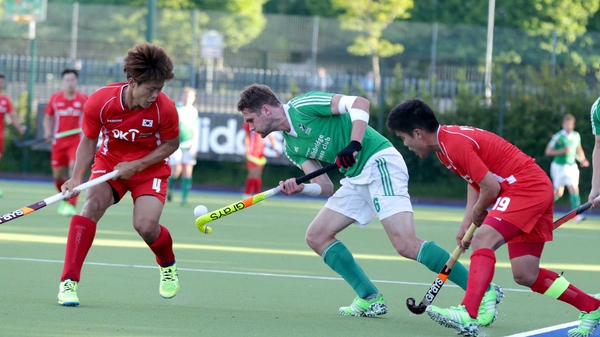 Ireland held by Koreans in Ballsbridge