Three final-quarter goals saw Ireland start their with Korea in top notch fashion, with a superb 5-2 victory over the world number nine side.

It was a fine performance from the Green Machine, bouncing back well from a tough series in Germany two weeks ago against the reigning Olympic champions.

Gareth Watkins opened the scoring in the sixth minute at the Merrion Fleet Arena.

Watkins capitalised at the end of an excellent counter-attack move that saw John Jermyn shoot against the bar to leave Watkins to bundle in the goal.

Nam Yong Lee equalised when Ireland failed to clear their lines but the Olympic-bound hosts were back early in the second half when Lee Cole’s low drag-flick found the bottom corner.

Again, Korea bounced back quickly, with Seo adding a delicious touch to a left-wing cross for 2-2.

From there, though, Ireland were the smarter team and kept picking off the Asian opponents.

Mitch Darling’s shot gave them the lead for a third time. He initially looked intent on passing but, as the Korean defence backed off, he took the initiative and thumped through goalkeeper Hong’s padding into the backboard for 3-2.

Jermyn whipped a drag-flick into the top left corner for 4-2 with ten minutes to go and Eugene Magee capped a fine performance with a neat volley. 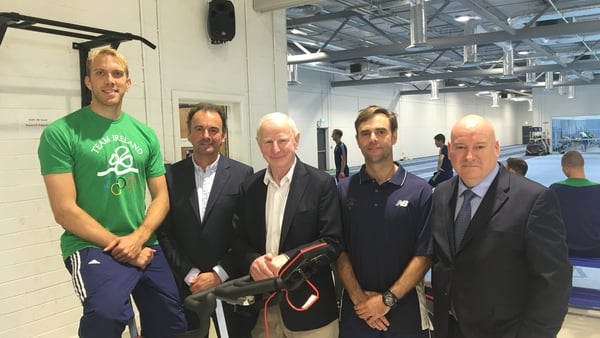