Ireland's women lost 3-1 to India in the first of a triple header taking place at UCD this week, as the National side continue preparations for the upcoming Champions Challenge I.

Ireland opened the scoring early when captain Megan Frazer scored early in the fourth minute after a well-worked routine.

The home side enjoyed a number of first-half opportunities but failed to further extend their lead and stayed in front with just a 1-0 win at the break as India struggled to get a foothold on the game.

India turned things around in the 37th minute when Poonam Rani scored off the post from a penalty corner to draw the sides level at 1-1.

Ireland had a good chance again in the 45th minute with another penalty corner but the visitors relieved the pressure clearing after an Irish mis-hit.

India gained in confidence, putting the Green Army under pressure and capitalised on their efforts in the 61st minute and again in the 67th minute to close it out with a 3-1 win.

Ireland will have another chance when they face Indian twice more this week - Thursday at 7.30pm and Friday at 6.30pm all in UCD. Tickets are available on the gate for €5 and school children are free. 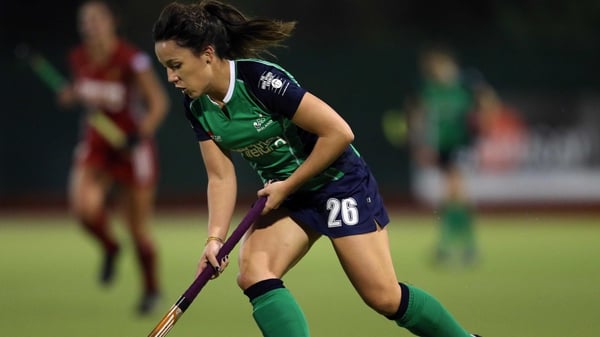