South African Paul Revington has been appointed the new Irish men's hockey coach following the departure of David Passmore from the position.

Revington previously guided South Africa to the 2004 Olympic Games and the World Cup two years ago, and he will assume the position in January from Passmore, who stepped down from the job to take over as High Performance Director on a full-time basis.

South African born Revington was appointed by the selection committee, which included representatives from both Sports Councils, a retired senior athlete, the High Performance Director, Chair of the Board and Chief Executive, after a rigorous interview process against internationally recognised coaches from around the world and Ireland.

Revington brings a wealth of experience to the role but in particular from his three years as Head Coach of the South African Men’s Team where under his reign they moved from 14th to 10th in the world rankings, qualifying and competing in both the 2004 Olympics and 2006 World Cup.

Chief Executive Angus Kirkland said: 'On behalf of the selection committee, I am delighted to introduce Paul Revington as the new Men’s National Coach. Having coached the South African Men’s team qualifying them for the 2004 Olympics and 2006 World Cup he is well placed to lead Ireland's Men to the next Olympics. He will take over a team that is shaping up well for 2012, thanks in large part to the hard work Dave Passmore has put in over the last four years. Passmore becomes the High Performance Director, a role he has been doing in a dual capacity with the Head Coach. It is an exciting time for Irish Men’s Hockey as we move forward with a world class coach and for the first time a fully complemented High Performance structure.'

Revington, who will officially commence the position early in the New Year, will have an opportunity to see his new team in action against Scotland later this month, commented earlier on his appointment: 'It is an honour for me to be appointed as the new Irish Men's Senior Hockey coach. I have watched the Irish Team and Irish Hockey grow consistently over the years and am excited to become a part of this organisation. There is fantastic talent and existing strengths within Irish Men's Hockey and I look forward to creating a dynamic environment that enhances this talent and strength.'

Passmore, who will now have the opportunity to focus solely on his role as High Performance Director, was keen to express his thanks as he know steps away from the Senior Coaching role: 'I would like to take this opportunity to thank all those athletes and management that have committed so much to the program since I arrived four years ago. We can look back on the fact that we have made significant progress and laid the foundations for this group to now go on and get the results we came so close to achieving.

'Trying to establish an elite sports environment as amateurs requires real dedication and commitment. The athletes have sacrificed so much over the past few years as have the staff, many of which are volunteers. I hope they have enjoyed the journey (the highs and lows) as much as I have, and I look forward to watching the team achieving greater success moving forward.' 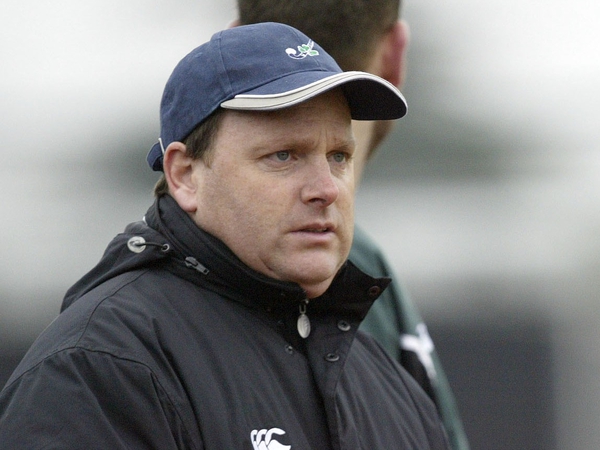