Tiger Woods is reportedly set to meet with fellow PGA Tour players regarding the ongoing threat presented by the fledgling LIV Golf series.

According to Fire Pit Collective and ESPN, Woods will be the headliner in a player meeting in Wilmington, Delaware, where the BMW Championship will begin on Thursday. The event is the second of three tournaments in the FedExCup play-offs.

An unnamed PGA Tour player told ESPN: "It's a meeting to get the top 20 players in the world on the same page on how we can continue to make the PGA Tour the best product in professional golf."

A PGA Tour Player Advisory Council meeting is also scheduled for Tuesday, and PGA Tour commissioner Jay Monahan is due to address the players separately, per ESPN. Fire Pit Collective wrote: "Supposedly everything is on the table, from major championship boycotts to Monahan's future to a larger compromise (with LIV)."

Australia's Cameron Smith, currently ranked second in the world, reportedly is about to leave the PGA Tour to join the LIV tour, too.

Players who have competed in LIV events were suspended by the PGA Tour, and last week a California court sided with the PGA Tour in its decision to ban LIV players from the FedEx Cup playoffs.

Woods publicly backed the PGA Tour amid a flood of defections earlier this summer, saying ahead of the Open Championship: "I disagree with (players jumping to LIV). I think that what they've done is they've turned their back on what has allowed them to get to this position.

"Some of these players may not ever get a chance to play in major championships. That is a possibility. We don't know that for sure yet. It's up to all the major championship bodies to make that determination.

Woods declined an offer of more than $700m to join LIV, Norman said in a Fox News interview this month. 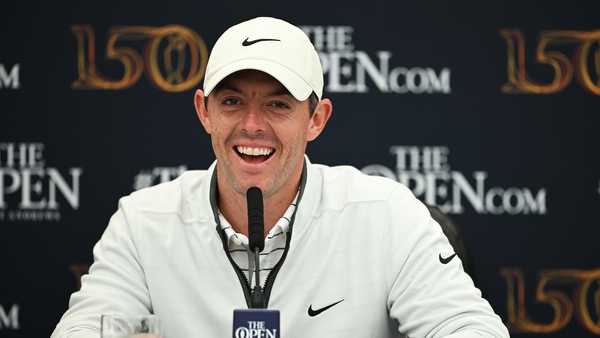