Leona Maguire and Stephanie Meadow were off the early pace at the Amundi Evian Championship as Japan's Ayaka Furue claimed the first-round lead in the year's fourth major in France.

Furue carded an eight-under-par 63 which gave her a one-shot lead, while Maguire was seven shots further back on one under after a 70. Antrim's Meadow is tied for 64th on level par.

Teeing off from the 10th hole, Maguire birdied 16 but three bogeys in a row on the first, second and third saw the Cavan native drop down the leaderboard.

But she finished the round strongly with birdies on four, seven and nine.

But it's Furue who set the pace on day one. The 22-year-old, who has seven wins on the LPGA of Japan Tour and is ranked 31st in the world, was one over through her first four holes after starting at the 10th.

But Furue has good memories of the closing holes of the course as she birdied three of the last four in last year's final round to finish fourth and went one better on her return with four in the last five.

She added a further five birdies after the turn, covering her second nine in just 30, to edge one ahead of two former Women's US PGA champions - Nelly Korda, the American Olympic gold medallist, and Canada's Brooke Henderson.

"I was just making putts, that's traditionally what I struggle with on this golf course," said Korda, who is playing in only her fifth event since surgery for a blood clot in March.

Cheyenne Knight is fourth on six under, with Lydia Ko and Charley Hull a shot further back in a five-way tie for fifth after a five-under 66. 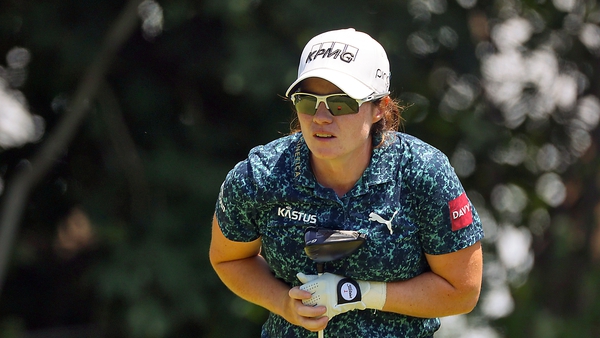