Rory McIlroy has called for talks in the ongoing battle between the established tours and LIV Golf, with the world number two suggesting the Saudis would be better off investing in the PGA and DP World Tours than striking out on their own.

The Down golfer appears to have softened his stance on the breakaway competition, admitting that mistakes have been made during the bitter dispute of recent months.

The LIV Golf Series – funded by Saudi Arabia's sovereign wealth fund – is playing an eight-event schedule this year. Two tournaments are in the books, with the next one set for 29-31 July at Trump National Golf Club in Bedminster, New Jersey.

"Look, there's so much chat about where the money's coming from and Saudi and everything else, look they sponsor so many other things and they're all over sport," he told BBC NI.

"Aramco are big sponsors of Formula One, the Aramco Ladies Series in golf, which has actually been really good for the ladies in terms of big prize funds and so on, so I understand people's reservations with everything.

"But at the same time, if these people are serious about investing billions of dollars into golf, I think ultimately that's a good thing.

"But it has to be done the right way and I think if they were to invest, having it be invested inside the existing structures.

"And I think that's the thing I have tried to advocate for the last few months, I think at this point if people are wanting to spend that much money into golf that's wonderful, I just wish that we could have spent that much money within the structure that has existed for many decades in golf instead of being a big disruptor."

McIlroy admits the established tours have played their part in the upheaval of recent months as some of the top golfers have thrown their lot in with the LIV Golf Series amid bans and recrimination, but he ultimately thinks that golf will be better off in the long run. 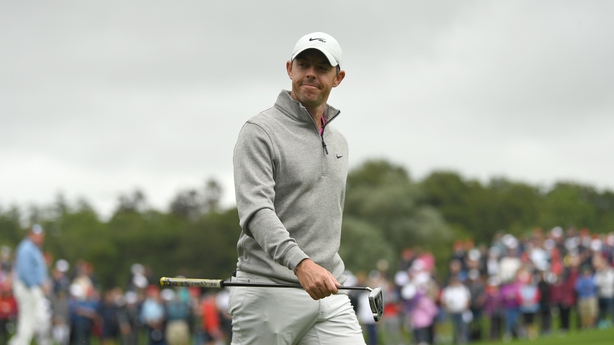 "I wish it hadn't have got that messy and in hindsight I think there were probably steps that were missed that wouldn't have made it that messy," he said.

"But I said this back at the very start in 2020, I think in the long term it will make the game better because I think it will force the tours to adapt and change and make the product better, and focus on maybe the fan engagement side of things and focus on maybe some stuff that they've been neglecting over the years.

"I think in the long term it will sort itself out, as everything else does, it will, and I think ultimately it will make the game, and the game of professional golf, a better place."

The four-time major winner understands why older players are heading to the LIV Tour for a bumper pay day, but struggles to comprehend why rising talents would forfeit "years of their competitive career" by jumping ship.

Among the players to have bolted the PGA Tour for the LIV Golf Series are Dustin Johnson, Phil Mickelson and Sergio Garica. They have been suspended by the PGA Tour.

The seismic shift in the landscape continues to cause great debate. McIlroy, speaking to BBC Sport at the JP McManus Pro-Am, took a measured view on developments, saying: "I think defection is a strong word. I understand why guys have went, especially the guys that are sort of in the latter stages of their career and if I was in their position, I'd seriously have to think about doing the same thing.

"It's the younger guys to me that I find hard to understand because they're losing years of their competitive career for monetary reasons. We all make decisions for different purposes. That's fine. It's different to what I'd do.

"Because there's only 48 players on this tour, so not everyone's going to get an opportunity to go and play. You're leaving all your peers behind to go and make money, which is fine.

"Just go over there, don't try and come back and play over here again. That's the tricky part and that's where the resentment is coming from. For me, I don't resent anyone. These guys are my friends, regardless of the decisions they make." Meanwhile, you can add Billy Horschel (above) to the list of PGA Tour golfers who are tired of hearing the reasons why some peers have jumped to the LIV Golf Series.

Speaking in advance of the Scottish Open, Horschel said he isn't angry at the players who have jumped to the Saudi-backed LIV Tour. He just wants them to be honest about why, strongly implying they were driven by money and not beefs with the tour.

His comments came the same day word spread that Bryson DeChambeau said on a recent podcast that the deal he signed with LIV through 2026 exceeds the reported $125m.

"There's a lot of guys that are hypocrites, that aren't telling truth, that are lying about some things that I just can't stand to sit here anymore and be diplomatic about it as I have been in the past," said Horschel, 35, a seven-time winner on the PGA Tour.

"And to say that they don't listen is a complete farce. It really is." 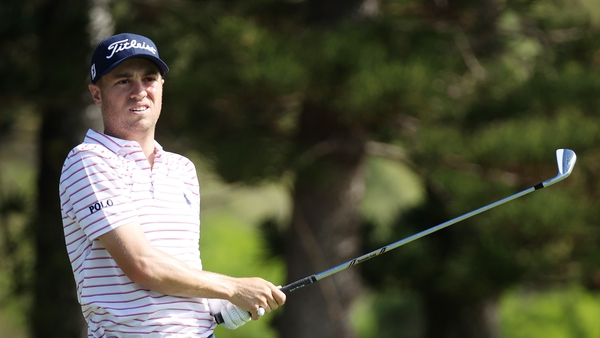